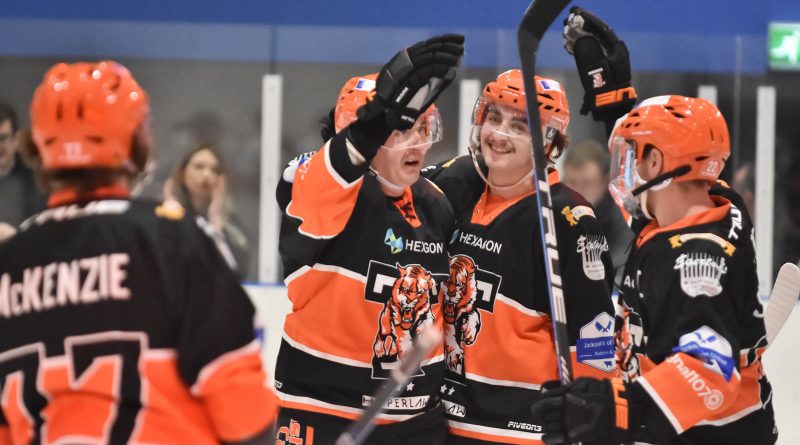 Hexagon Telford Tigers were crowned National League champions after a 7-3 victory over Raiders at Telford Ice Rink. Tigers' victory coupled with Swindon’s 10-3 defeat away to Peterborough Phantoms saw Tigers go 7 points clear at the top of the league with only 2 games remaining.

Tigers took the lead early on with goals from Scott McKenzie and Brandon Whistle and a dominant period was sealed with a goal from Jonathan Weaver late on.

Raiders hit back at the start of the second period with goals from Aaron Connolly and Brandon Ayliffe to reduce the lead to 3-2. But, Tigers fought back to ease the nerves with Whistle scoring his second of the game, followed by a superb finish from Jason Silverthorn and a Ricky Plant tap in to put Tigers 6-2 ahead.

With news of the Swindon result filtering around the rink during the 3rd period, the players and fans were able to celebrate as the game came to a close. Jake Pitchley scored a goal for Raiders but in the dying seconds of the game, Andy McKinney scored Tigers 7th goal to seal the win and the National League Title. 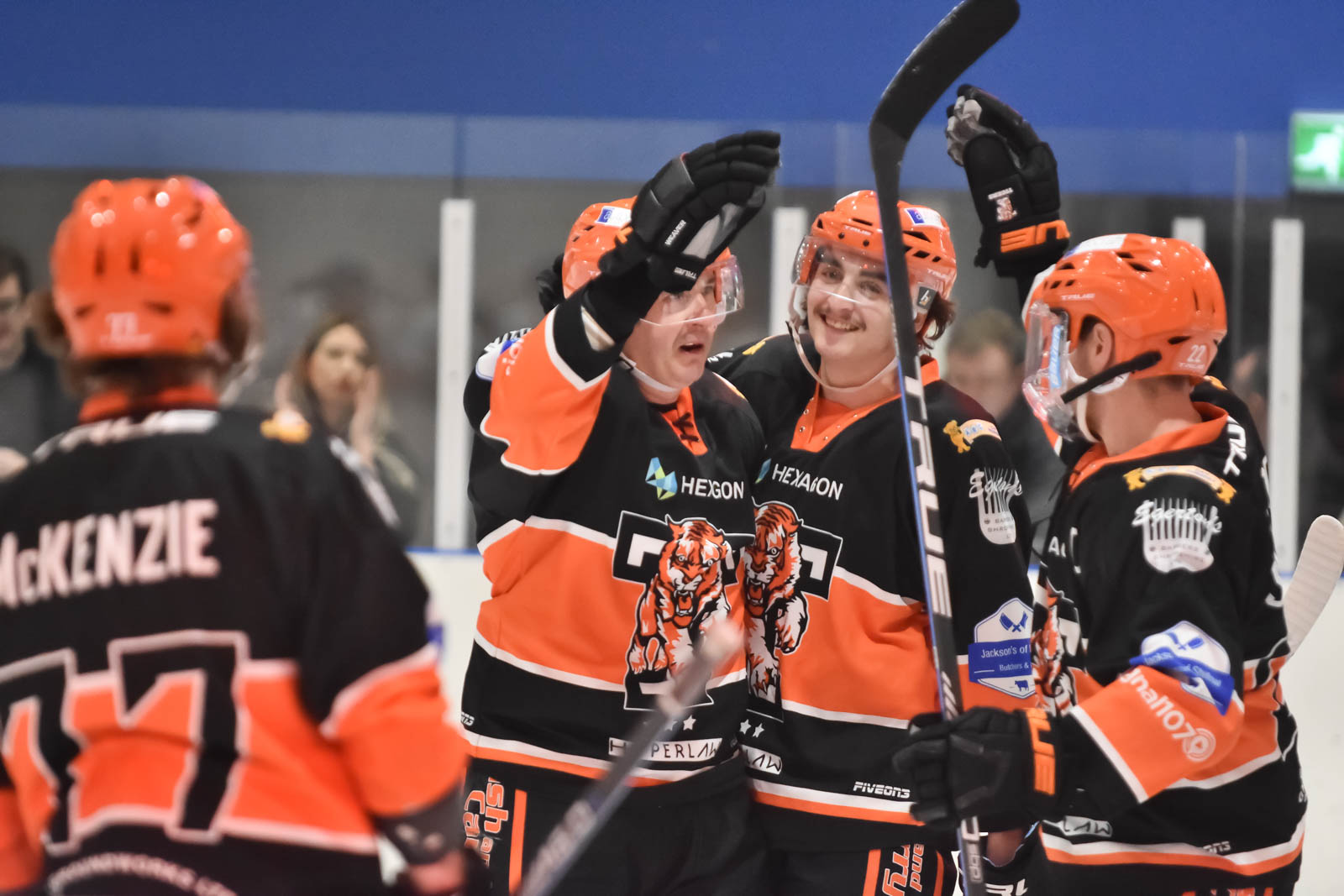