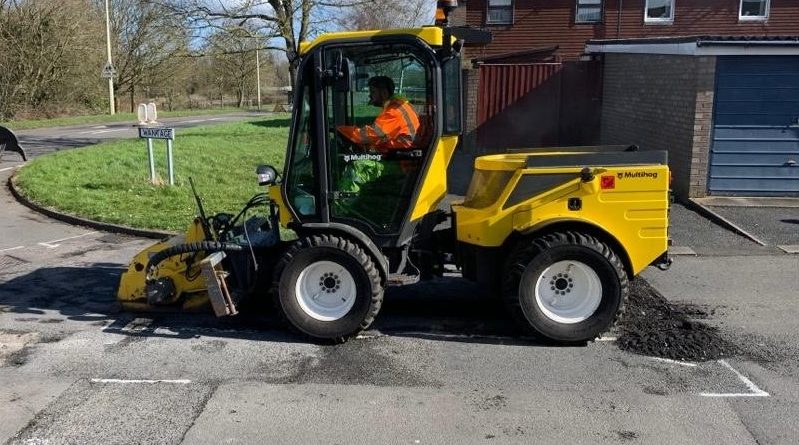 So why aren't the council fixing potholes in lockdown?

Well they are! With the roads less busy than normal during lockdown, Telford & Wrekin Council crews continue to be out in force filling potholes across the borough.

Over 3,800 potholes have been repaired since the beginning of the year, as the Council ramped up its efforts to fix an increased number of potholes mainly caused by the wet weather and colder temperatures of the winter season.

In the last few weeks of lockdown, the Council has taken advantage of the less busy borough roads to continue to fix potholes, with its highways contractor Balfour Beatty.

As well as three gangs filling potholes, additional crews are completing larger patches with a special Multihog machine to extend the life of repairs and prevent potholes forming in the future.

Preventative patching work has been carried out recently at 90 different locations across Woodside, Overdale, Randlay, Brookside, Stirchley Donnington and Aqueduct.

Also, the spray injection gang has been out in rural areas across the borough and have managed to make 562 repairs since the beginning of March.

In addition to filling potholes, other various highway schemes have progressed in recent weeks, such as resurfacing and road safety schemes on A442, Roslyn Road, West Centre Way, Trinity Road and Broad Meadow Lane with other resurfacing works planned in Jackfield, Stirchley and Woodside in the coming weeks.

Further works are also planned on some of our major routes whilst traffic volumes are low.

In addition to pothole filling and resurfacing works, Balfour Beatty crews have also been continuing with cleaning gullies, with around 1,000 gullies being emptied a week.

A limited number of complex structure and drainage schemes are to be deferred until the current lockdown restrictions are lifted.

Anyone wanting to keep up-to-date with the latest resurfacing works in the borough can have a look on www.telford.gov.uk/resurfacing

Councillor Lee Carter, Telford & Wrekin Council Cabinet Member for Neighbourhood, Commercial Services and Regeneration, said: “We need to do all we can to ensure that borough’s roads are safe and maintained even during the coronavirus pandemic.

“That’s why are our crews are still out and about filling potholes and taking advantage of borough roads being less busy.

“Our contractor Balfour Beatty have reassured us that their crews are following the social distancing guidelines, with only one person now operating from each vehicle and the 2m social distancing being adhered to on site.

“I would like to thank the Council’s highways team and Balfour Beatty contractor teams for carrying on with this work during these challenging times.

“Due to their continuous efforts we’ve managed to keep on top of repairing potholes caused by the wet weather during winter – exactly as we promised to do.

Over the next 3 years a further £50m will be invested on maintaining and repairing the boroughs roads, footpaths, bridges, street lighting, road safety and drainage schemes to keep Telford moving.” 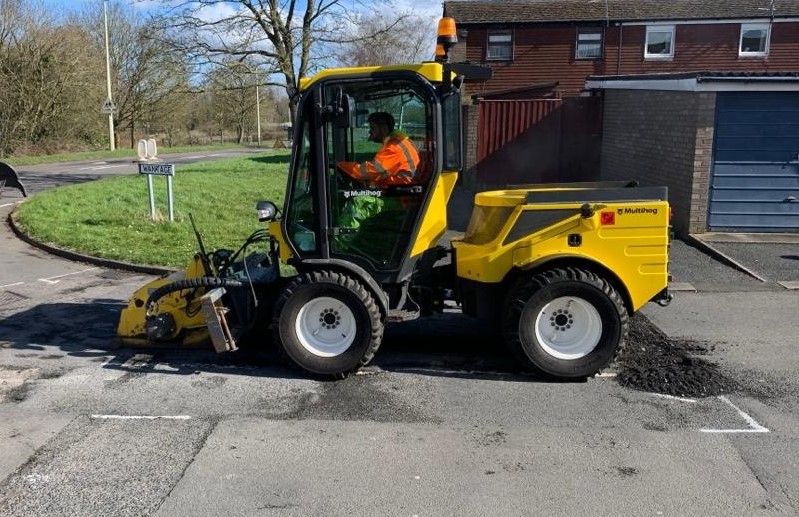 2 thoughts on “So why aren't the council fixing potholes in lockdown?”