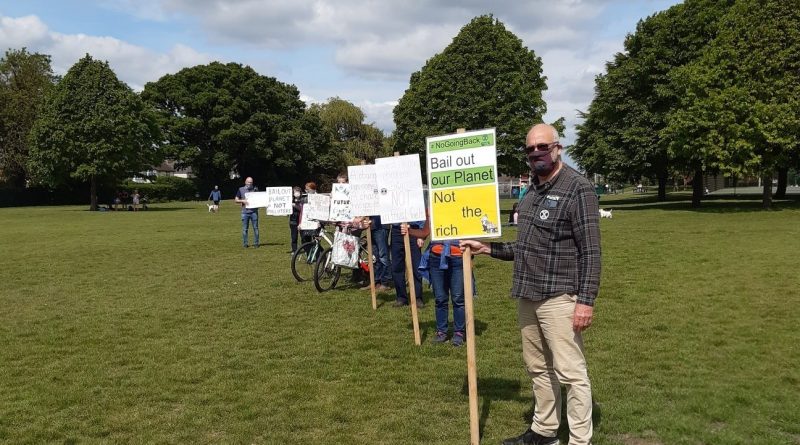 Telford Extinction Rebellion took part in a nationwide protest 'No going back' with a message to the government to bail out the people and the planet, not the polluters.

A spokesman told Telford Live "Only this morning it was reported that Virgin were still seeking a £500 million bailout. We would like to say to the government, we should not be bailing out some of our most polluting industries, we should be investing in a transition to a more environmentally friendly, sustainable economy. This would create jobs at a time when it is most needed, revitalising the economy and would move us away from an economy that is currently still heavily dependent on fossil fuels."

"The past few weeks have shown us how much can change in our country if there is political will, we would now like to see the political will to fight the next oncoming threat, that of climate change with the same determination" said a spokesman. 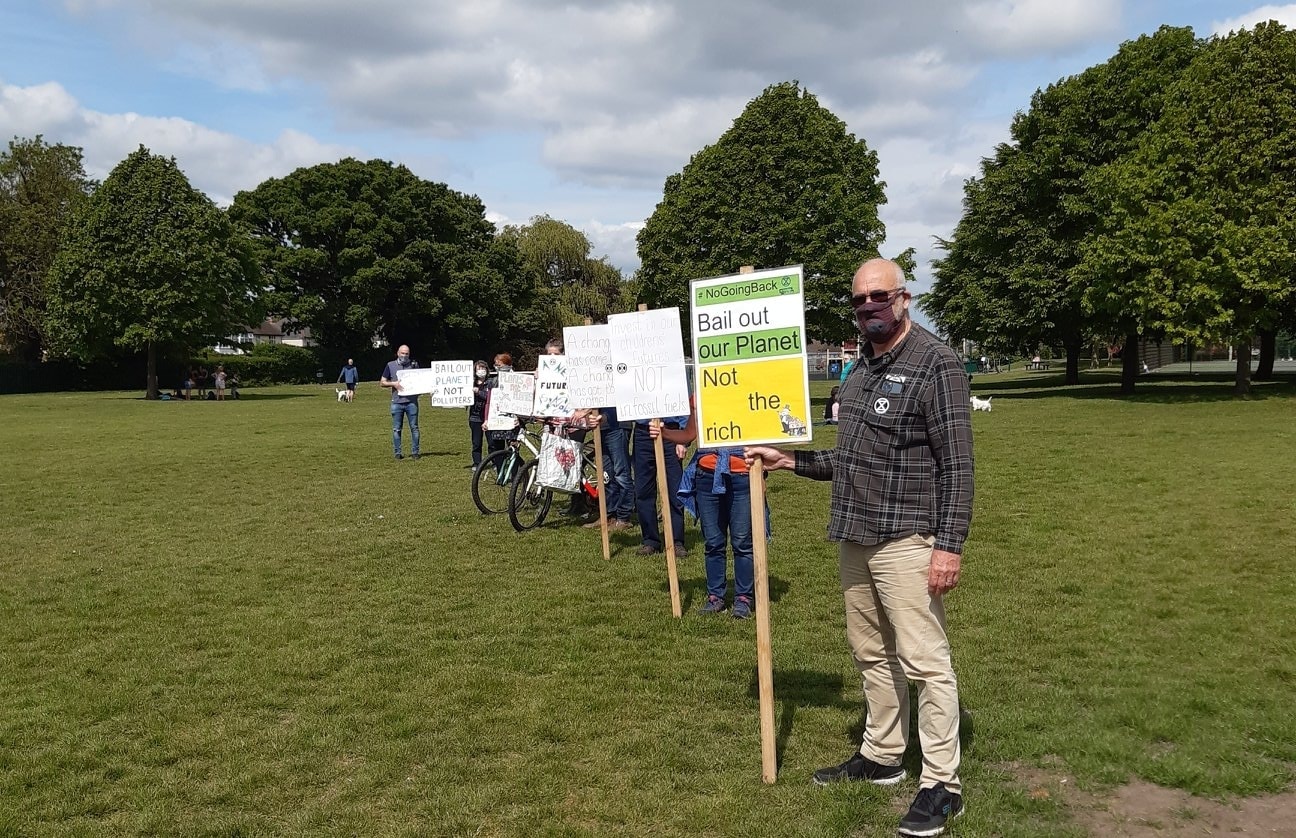