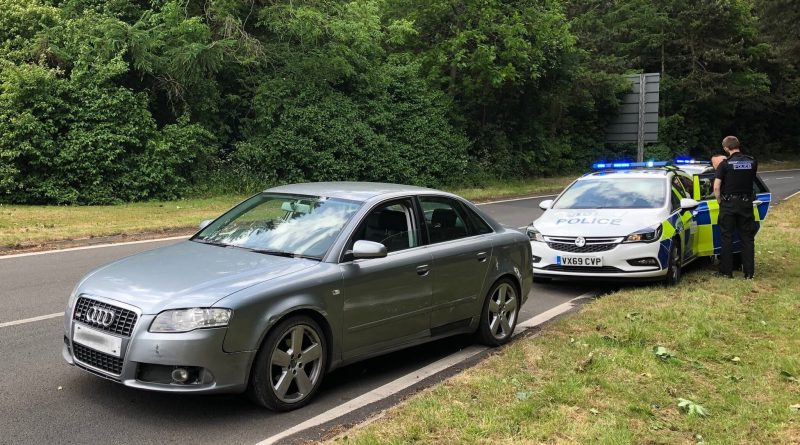 Police are reporting that a man who was caught yesterday in Telford has been sent to prison for five months.

As he was already banned from driving, additional years have been added to stop him driving until 2029.

Police were responding to calls from members of the public who spotted the car swerving over the road & hitting roadworks.

The Audi driver, already disqualified from driving and driving without insurance, was located and unable to walk straight. 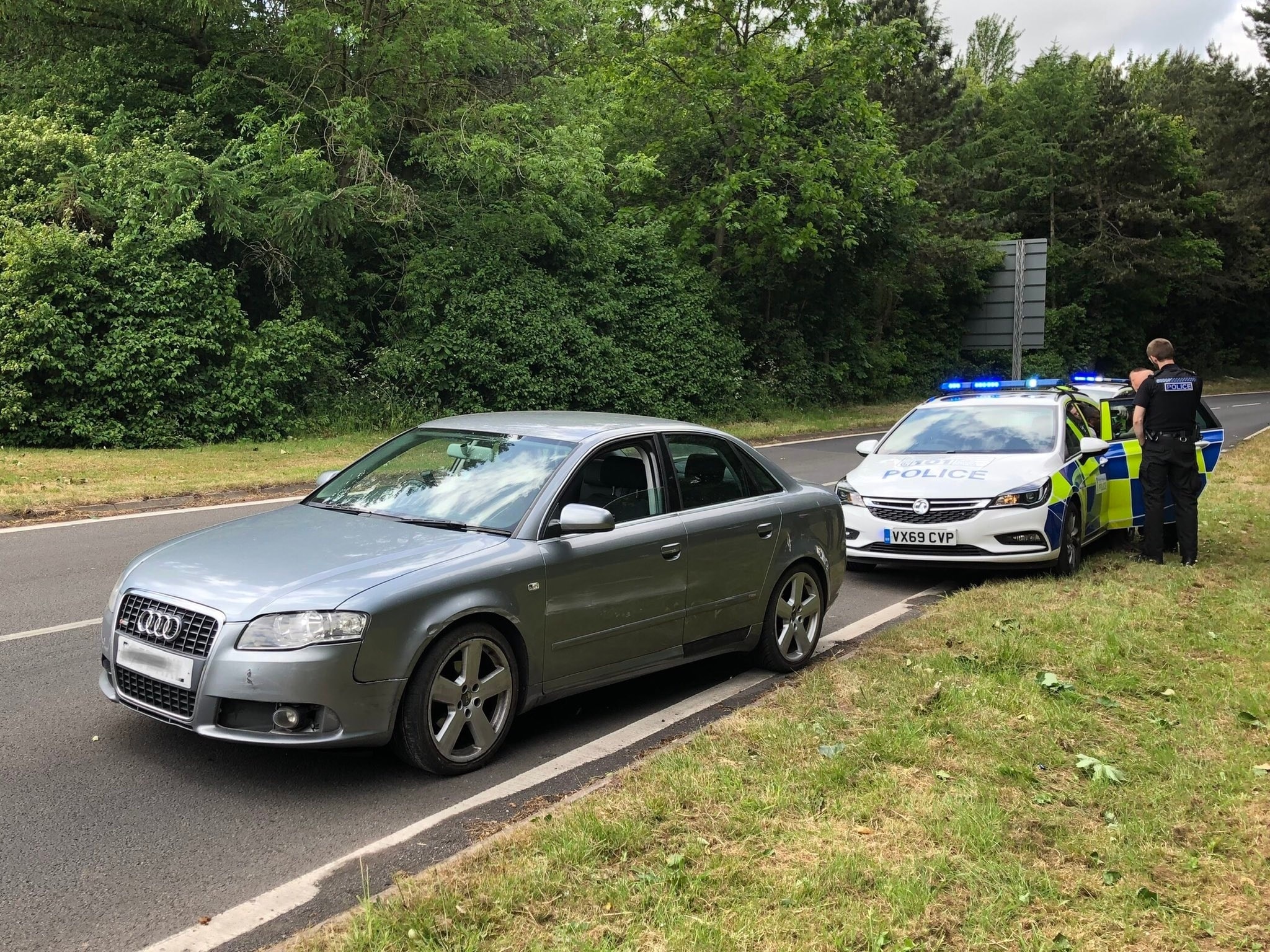