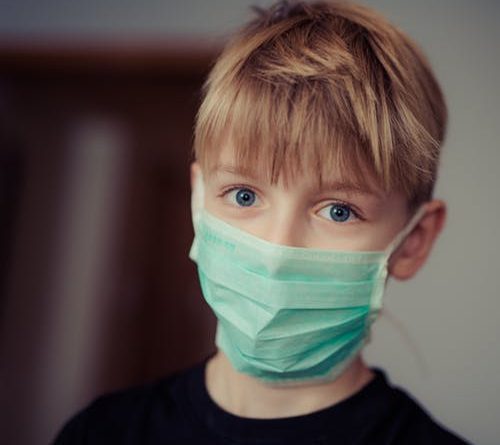 On the 4th of July this year, shops were once again able to open. Nearly two months ago. We’ve learned a lot since then, not least that there have been no deaths from the virus in Telford & Wrekin hospitals for six weeks and none in care homes for two months.

The local council dropped a clanger with the local outbreak scare last week. It issued a warning to all 170000 of us to keep to the rules.

I saw a man in the post office who was visibly agitated, a raised voice through his mask shouting a warning about the increase in local cases and to keep away from him.

By not revealing that half the increase in cases were at a single care home, as serious as that is, it took some diligent journalism from BBCs Joanne Gallacher to extract the information that threw a whole new light on the outbreak.

You would think, or at least hope, that care homes were at the top of their game with anti-covid measures. Perhaps they are, and they simply are not as effective as we thought.

One thing that is effective, is the on-street measures. Effective at confusing road users, causing mayhem and delays. Not so sure about stopping a virus.

Two that I have come across are in the Wharfage at Ironbridge, and in Wellington.

The Ironbridge one is more serious. There are some traders that welcome the weekend pedestrianisation of the Wharfage and some that don’t. The combination of The Lloyds and The Wharfage closing to traffic makes Madeley Road down to the island by the Pondicherry very difficult to navigate.

Cars are parked on both sides of the road, and it’s a bind to get down and up. Traffic clogs up as impatient drivers over take those waiting for other drivers to get past. Like those slide puzzles you get in Christmas crackers, some have to move before there is a gap for others to move into.

I saw an ambulance on blue lights trying to get up the bank yesterday. I hope the person in the back made it OK.In Wellington, the Queen Street restrictions were removed early on , but the one at the Vineyard Rd/Church St junction remains. Supposedly closed to stop traffic using Market Street as a cut through, without any data that I’ve seen suggesting that they do.

The whole idea of these road closures and restrictions is to allow people space to social distance while outside. They were thrown up in a hurry, without proper consultation, but for the right reasons.

Since the 4th July, we have reopened cafes, restaurants, hairdressers, pubs, cinemas, soft play and, after a false start, even the Ice Rink.Cllr Lee Carter said in June, “We know that we might not get everything right first time and have committed to keeping everything under review”

Knowing what we know now, is it time now to remove these traffic restrictions and at least get our streets back to some semblance of normality?