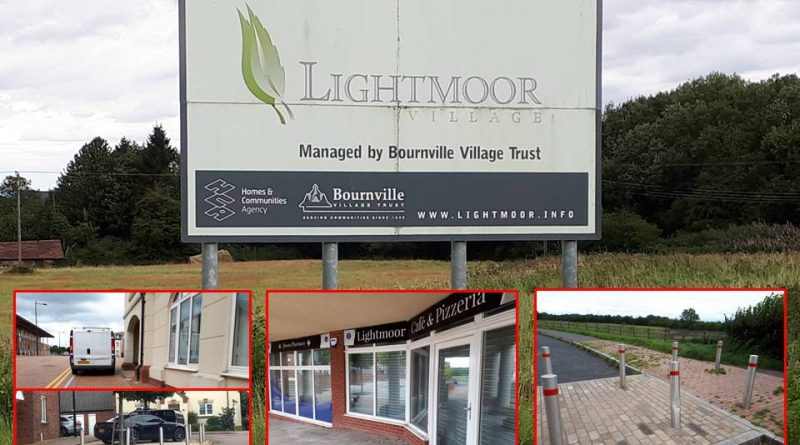 Telford News Telford People
August 29, 2020March 26, 2021 admin 1 Comment Bournville, Life, sweet
By, a disgruntled resident of 14 years
So, in 2006, following a decision to move to Shropshire, we stumbled upon the development of Bournville’s Lightmoor village in South Telford. Based on the famous development in Birmingham, founded by the Cadbury family over 100 years ago.
New builds weren’t really on our desirable list due to the Government move to increase social housing within all new developments. We wanted some stability in terms of residents in the street and worried about high turnover of different folk detracting from the “community spirit”
However, the sales blurb around Bournville assured us that this was a low risk due to all BVT tenants being professionals who were vetted and special preference was given to those in jobs such as Ambulance, Fire and Police.
The estate management team also mapped out a bright future of neatly maintained communal areas, trimmed hedges, playground areas, a school, doctor, shops, managed shared driveways and community spirit.
Non-conformance was quickly quashed and tenants stepping out of line (including ourselves for the wrong type fence) were reminded of the rules (too many to remember but examples include: park in designated areas, no sky dishes, maintain garden spaces, fences to be replaced like-for-like, no works vans in the street, no washing lines, no ball games – we spent 30 minutes listening to the solicitor before signing the contract!)
We moved in, problems were addressed quickly, we could call upon BVT and they generally sorted things out.
Residents meetings were held and opportunities were given to raise issues directly to BVT.
Life in the new Bournville was sweet…….. for a while.
Roll on 14 years…….
Parts of the development have still not yet been adopted by the Council. Even the local Horsehay councillor is trying to understand the roles and responsibilities of the stakeholders, BVT & Persimmon.  Issues that would normally be raised on the T&W website about anti-social behaviour or highway maintenance are ignored. The initial developer Persimmon has forgotten about the development and BVT are supporting almost 800 homes across the full site, which is still not finished.
The problems today are numerous and the powers that BVT have are limited – by their own admission, (particularly around issues of parking).
Typical daily issues:
-Private houses given over to private renters who flout the rules
-Parking on junctions, on traffic calming features, on bends -all causing potential safety issues and problems. The Police aren’t interested.
-Resident “defensive” parking to prevent others using spaces
-Block paving which is algae-covered, broken, uneven and causing trip/slip hazards.
-Plastic drain covers cracked or broken
-Dog mess in public spaces (despite warning signs of prosecution)
-No shops – all closed…. No longer sustainable.
-No Doctor
-Litter rife in certain areas
-BVT tenants, some who clearly don’t hold jobs and can’t follow the same rules as homeowners.
-Bins left out all week in the street.
The local support team is struggling. As receptive as they are to issues, there is no resolution.
There are some beautiful areas within the development maintained by the stewardship team, but when you come home to inconsiderate and dangerous parking, unkempt paths and driveways, it makes one wonder where the monthly charge is going.
The concept was a good one, but unfortunately, in Lightmoor Village, life is no longer sweet.

One thought on “Life in the new Bournville is not so sweet, after all.”