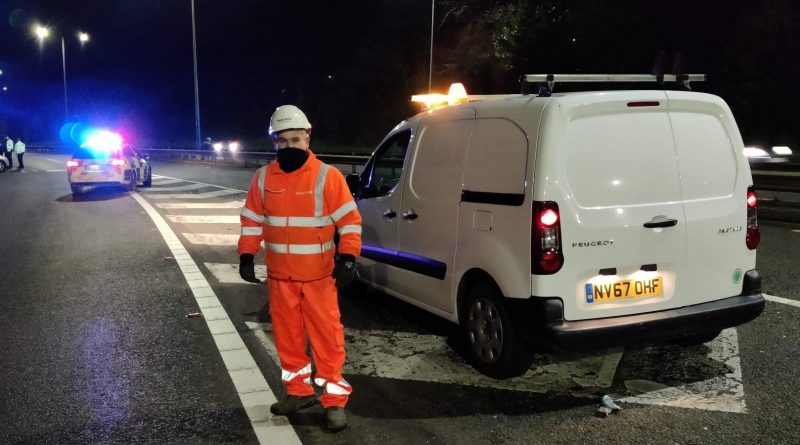 A442 Christmas Crash – Kevin steps up

After coming across a crash on the A442 after finishing a shift on the Gritter Trucks , Kevin 'The Gerbil' thought nothing of stopping to help out.

A car skidded onto the EP by the Greyhound Interchange and Kevin, who works for Balfours had just come off a shift driving a gritter truck from 3pm, pulled over to warn oncoming traffic before police arrived on the scene.

No-one was injured in the crash. 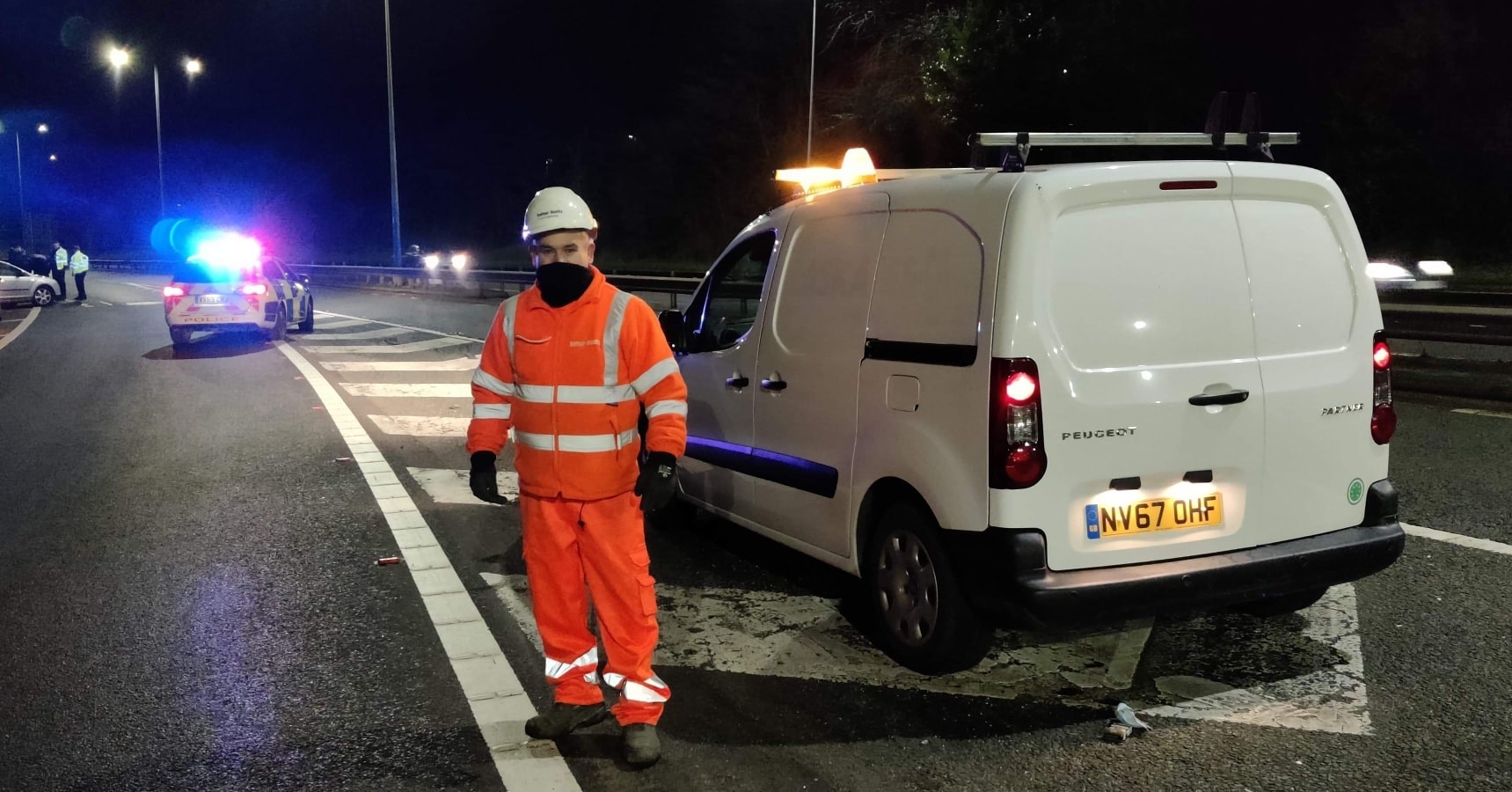