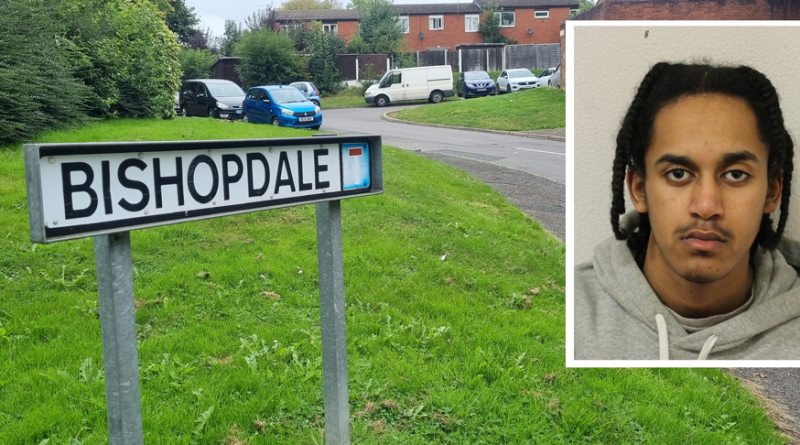 Alex Melaku was 17 when he, and his accomplices took the life of David Gomoh on a street corner in London in April 2020.

Until sentencing took place, his identity was kept secret because he was under 18 and regarded as a minor. Convicted in August, and now an adult, he has been named by Police, along with his address as Bishopdale, Brookside in Telford. For the first time his photo (below) was also released to the media.

The senseless and brutal murder of Gomoh, an NHS worker, has been widely reported, but the judges comments prompt a question that nobody is asking. Until now.

After a life sentence for each of the gang was handed down, Judge Mark Lucraft QC addressed the guilty; “The four of you are part of a north-side Newham gang, who have a feud with gangs on the south-side of the borough.“

I have no doubt there are many who live in all parts of the borough impacted by the acts of those like the four of you, who seem to kill simply for the sake of it and show little or no regard for human life.”

He added: “David was a lone, innocent and entirely unsuspecting victim.”

Mr Gomoh was in the “wrong place at the wrong time”, he said, adding that he was stabbed no fewer than 10 times during the incident in Freemasons Road, with some of the wounds being almost 20cm deep.”

The North Side Newham gang. One of many post code gangs in London where drill music journals the crimes and inter-gang feuds that can result in the murders of predominantly young black men. Even those, as in this case, unrelated to gang life.

The first question I asked myself was “is this young man even from Brookside?” It’s the address he has given and apparently where he was arrested, but having spoken to many people who live in the street, they had never seen him around and their kids, despite being the same age, didn’t go to school with him or see him in the usual places.

For those unfamiliar with Bishopdale, it isn’t a leafy street with a dozen detached homes that you could easily hide away in. It’s dense housing from the 1970’s, in rows that you can’t often park outside. Many of the houses look onto each other, overlook the parking areas and paths you have no choice but to walk down. It seems unreasonable that anyone living there for any length of time would not have been spotted. I spoke to community leaders and landlords, trying to track down any piece of information that might place him in Bishopdale. Nothing. Perhaps he spent most of his time in Newham.

There is a history of London Boroughs, feeling the squeeze of housing shortages offering accommodation in the North, including Telford, to families looking for bigger properties. In a conversation with a councillor, it has been known for London families just to turn up at the Council offices declaring themselves homeless. Could it be a family trying to help removed their kid from the gang culture? Who could blame them if it was.

We have all seen reports of County Lines drug dealers sending young gang members out into the sticks to sell their wares. Police regularly report notable successes finding these people on estates around Shropshire and Telford, and their subsequent convictions. Could Melaku have been part of this? Unlikely, because nobody has seen him around and he had no previous convictions at all. We just don’t know.

Maybe he fled after the murder and rented a room as far away as he could get, maybe he knew someone here he could lay low for a while. If that was the case, the Police soon found him.

Melaku would not be the first London gang member in Telford. Six months after the Gomoh murder, in an unrelated event, TeeRose (Tamba Momodou) was shot dead in Telford. A convicted gang member, thought to have come to Telford to escape gang life and retribution after he was acquitted of the murder of a rival gang member. Despite making arrests, police are still looking for the killers. A £10,000 reward has been offered for information leading to the conviction of his killers.

So despite the papers headlining “Telford Teen Murderer” and “Teenage Telford Murderer” I don’t think we should read too much into the Telford part, but wherever he was from, he has to live with the fact he brutally took the life of NHS worker, David Gomoh.

Thanks to everyone who took part in the research for this, understandably, anonymously.

2 thoughts on “What’s the real story of the “Brookside murderer”, Alex Melaku?”