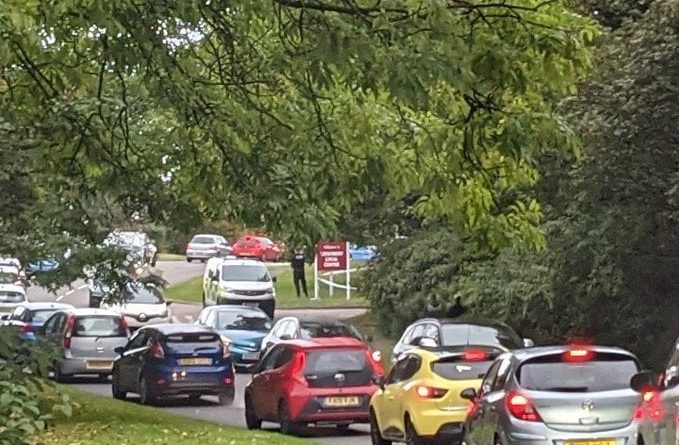 Police are reporting that three men have been arrested following an armed robbery in Telford earlier today.

Earlier today at around 8am we were called to reports of an armed robbery at the Spar convenience store at the Leegomery Centre, in Leegomery.
Two men went in to the store and threatened staff. No-one was injured.

Officers attended, including armed officers and enquiries are ongoing. Extra officers will remain in the area to carry out enquiries and offer reassurance to the local community.

A spokesperson from Spar told Telford Live: “We can confirm an incident took place at our Leegomery store this morning. We are supporting the team members who were in the store at the time and helping police with their ongoing investigation.”

Superintendent James Dunn, said: “There is currently an increased police presence in and around the Leegomery area as we deal with this incident. Incidents of this nature are extremely rare and we understand the level of concern they can cause within our local communities.

“Extra patrols will be carried out by our safer neighbourhood officers and I would encourage anyone who is concerned to speak to a local officer.”

Three men have been arrested on suspicion of armed robbery and are currently in police custody.

Anyone with information that could help with enquiries can report this online under the Tell Us About section of www.westmercia.police.uk quoting incident 61i of 12 October.

Alternatively, if you do not wish to speak to police, you can speak 100% anonymously to the independent charity Crimestoppers on 0800 555 111. They will never ask for your details and they cannot trace your IP address. https://crimestoppers-uk.org/.