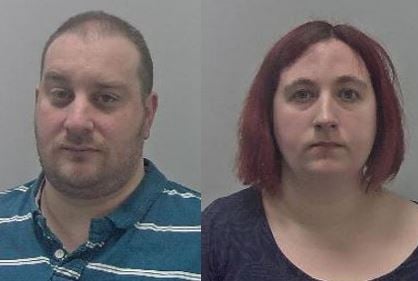 Two people have been jailed for seriously neglecting two young boys in Telford.

Darren Paisley, 39, and Serena Sibson-Bartram, 34, both of Sutton Hill in Telford, were sentenced at Shrewsbury Crown Court today (Friday 1 April).

Samantha Paisley, 35, also of Telford, was also convicted of child neglect in connection with this case. Her sentenced was adjourned.

Following a report of concern from one of the boy’s schools in 2018, a joint investigation began between West Mercia Police and Telford and Wrekin Children’s Services.

It was discovered that the three defendants seriously mistreated two boys, including denying them food and forcing them to stand in stress positions for hours on end.

The boys were offered the full support of Telford and Wrekin Children’s Services and are now living in a safe family home.

The defendants were arrested in May 2018 and subsequently charged.

Darren Paisley was charged with four counts of child neglect between February 2014 and March 2018.

Sibson-Bartram was charged with four counts of child neglect between February 2014 and March 2018.

On 10 February, they were both found guilty at a trial at Shrewsbury Crown Court.

Samantha Paisley was charged with two counts of child neglect between February 2014 and March 2018 and pleaded guilty.

Detective Constable Vicky Fisher, who led the investigation, said: “This was a very distressing case for many people involved.

“Thankfully, by working with Telford and Wrekin Children’s Services, we were able to remove the boys from harm.

“The defendants showed no remorse for their tremendously cruel crimes against innocent young boys they were supposed to care and protect.

“We hope these sentences provide closure and allows everyone involved, especially the two boys, to take their lives forward.

“We are incredibly grateful to the many witnesses who came forward to provide evidence and we commend their bravery in helping achieve justice for the boys.

“We are especially thankful for the school who raised their concerns and urge anyone who has any worries at all about the welfare of a child to please get in touch.”

32 thoughts on “Two people have been jailed for seriously neglecting two young boys in Telford.”