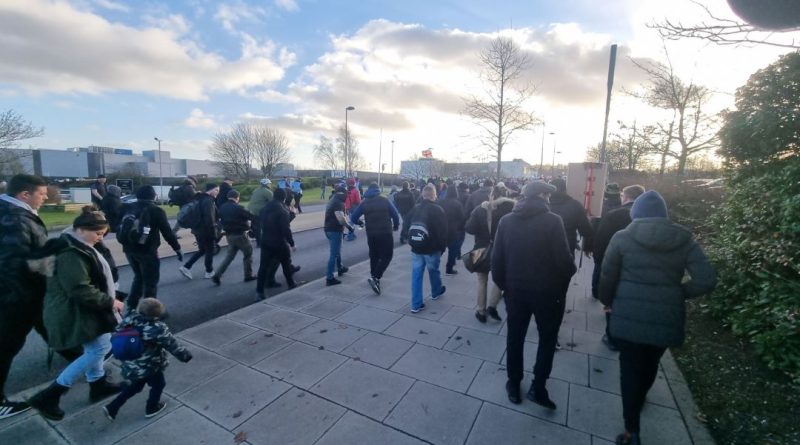 Following his High Court appearance in London this morning, Tommy Robinson took to GETTR to confirm his attendance in Telford on Saturday.

The demonstration is the second one this year in the town where a video will be shown containing allegations of Child Sexual Exploitation & Police corruption, aimed at local people and organisations.

About the video, Mr Robinson claims “You will witness amazing courage and bravery by a female who tells her story and you will get to see the businesses and the men that there are allegations of serious crimes of rape, drug dealing, trafficking in the city of Telford”.

Telford Shopping Centre have denied access to the car park used last time for the big screen, and so far, the meeting point of Telford Central Railway Station at 2pm followed by a march around the shopping centre to Darby House is the only information we have on route.A counter demonstration at Southwater has been planned by trade unions and anti-racism groups.

The last demonstration (video below) passed off without any arrests.