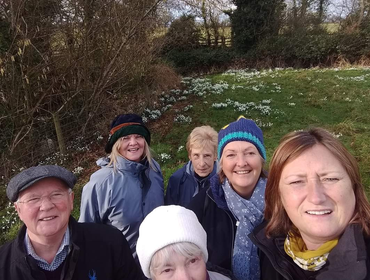 Kynnersley garden club near Telford, have a special club night this Friday 14th starting prompt at 7pm with a guest speaker Chris Collins coming from London to Shropshire.

A Year in the Life of a head gardener – Westminster Abbey

A brief scene setting of the Abbey and its residents
Becoming Organic at the Abbey gardens
Plant propagation, raising an army of plants for the garden
Soil improvement and composting techniques
Organic lawn care on a major scale
Container gardening around the Abbey and plant profiles.

Chris is a renowned gardener who’s resume reads as follows:
Apprenticeship on Brighton Parks
A degree at the Royal Botanic Gardens Edinburgh
A large spell overseas working in the rain forests of Cameroon followed by 4years lecturing in the hustle and bustle of Tokyo .

Chris was then picked out by the BBC for the Plants-man series and consequently became the resident Blue Peter gardener , a position he still maintains after 9 years.

Chris is currently Head of Horticulture for Garden Organic & a QVC Presenter.

Visitors very welcome for a £3 charge to include refreshment. Just turn up at Kynnersley Village Hall – TF6 6DX