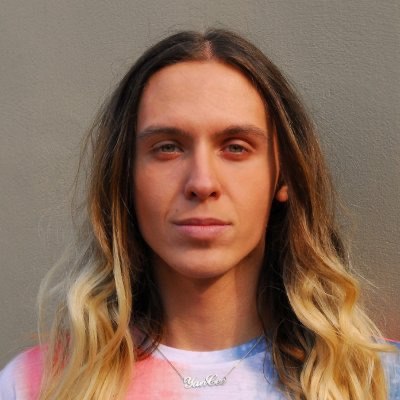 Ukrainian student Yan Sorochynskyi has been granted what he describes as a ‘golden ticket’ to continue his education in the UK, and is now studying at Telford College.

Born and raised in Zaporizhzhya, several members of his family are still based there, including his brother who is currently fighting in the war.

Yan is now living in Wem, and studying for his level one maths qualification at Telford College. Here, in his own words, he explains why is looking forward to a bright future after passing his first English language exam with flying colours.

Growing up in a small town in Ukraine, the school that I went to had certain limitations with regard to knowledge. The subjects that were taught to me seem to be basic in comparison to what many young students in the UK are being given to study from their early childhood.

The scarce amount of learning resources in schools and libraries was the most depressing aspect of my previous life because my immense willingness to know more has always been an inclination that I am proud to possess.

One day I became lucky – and the whole universe has changed for me forever. I was granted the ‘golden ticket’ to the country where knowledge, respect and pride are the vital mechanisms that hold society together, making it pre-eminent worldwide.

The country where teachers are willing to help. The land where being who you are is not considered as immoral in any institution.

To a college where those who teach are still students themselves and display no pathos nor insensitivity towards its scholars. Telford College has become a home to me, where I could finally think of myself as someone who is NOT considered to be less than others, an outcast with no future; but as one of its own who CAN MAKE IT.

The unlimited universe of erudition is being served on a plate for everyone to devour. There are no barricades that prevent anyone from graduating successfully if they work hard.

I cannot express enough in words how privileged I have felt to be a part of this amicable atmosphere where subjects, including the English language, are being taught in a meticulous manner, and in great detail.

Having done the course in GCSE English Language, I was astonished to discover how much knowledge can be poured into the mind of anyone whose desire for expertise is as big as mine.

The assistance provided throughout the one-year course helped me to achieve a result I never would have expected to realise – an A! For a non-native speaker it is a marvel. Most importantly, however, nothing would have been accomplished without the great support of the most hardworking pedagogues I’ve ever seen in my life.

The message I am trying to deliver to all of the students who currently study at Telford College is that, no matter their background, you must never give up. You have everything you need right in front of you.

From the extremely useful educational resources, to the most amazing and dedicated staff who are willing to assist and help you however they can: it is extremely rare to find those who will want you to succeed in this way.

It is in times like these, when the contemporary existence becomes diluted by selfishness and artifice (social media, I am referring to you), it has never been as important as it is now to become an educated individual, who can perceive the world without having their rose-tinted spectacles on.

Who can learn to notice a great disparity between truth and lie? Who can differentiate between the colours of black and white, and prove to society that a beautiful colour palette does exist?

The right to learn should never be taken for granted. It is vital to develop the ability to comprehend the deeper ideas as well as the more superficial ones that can be mistakenly misinterpreted by the many. The possibility of a higher level of discernment, learning to make active, independent decisions regarding what is right for you is a prerogative that so very few seek.

Passion and dedication sound like a cliche, but these nouns have been dancing in tandem for many decades. These two can change your world for the better, if you are only willing to join the dance.

On a personal note I would like to thank four English teachers who have pulled back the curtain of wisdom to me: Lindsey Mulhern, Jo Hodgkiss-Wilson, Yasmin Hughes, and Maisie J.