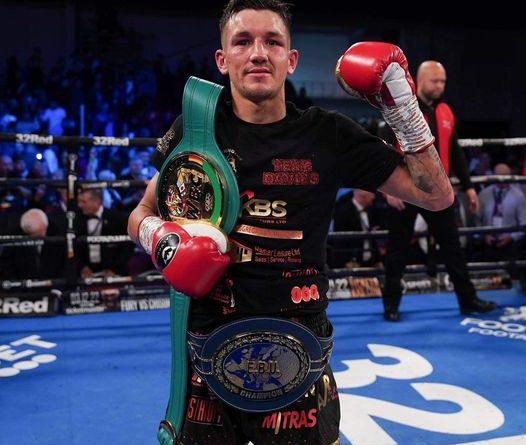 Trained by his father Tristan, Liam also added the WBC International Gold Title to his collection with a unanimous decision victory against Romanian Ionut Baluta.

Davies headlined Frank Warren’s BT Sport show at the Telford International Centre in front of a loyal and loud home crowd. Where he sold well over 800 tickets!

The 26-year-old dominated the fight from the outset as he used his height and reach to maintain and control the distance.

Davies’ short, left hook-uppercut combination continued to find a home for him as he walked Baluta onto his short, sharp shots.

The British Champion did have to deal with late pressure from his opponent down going into the championship rounds, but Davies calmed any remaining nerves with a confident showing as the fight neared the end.

Baluta had become a real problem for the 122lbs division, overcoming other British fighters and running some world class opposition very close.

Davies capped off an impressive 2022 with another win, having already secured the British Title earlier this year in a points victory against Marc Leach, where he was almost given no chance, overcoming the odds once again.

This pushes Liam into serious world title contention and now places him No.9 within the WBC world rankings and maintaining his No.1 spot in Britain.

With 2023 just around the corner there are real hopes for world titles next for ‘Dangerous’ Davies. 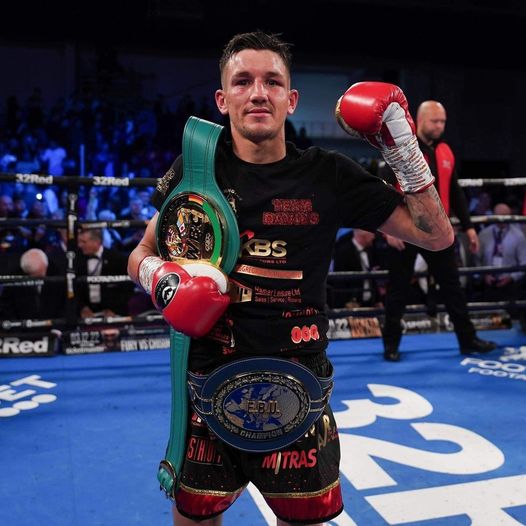