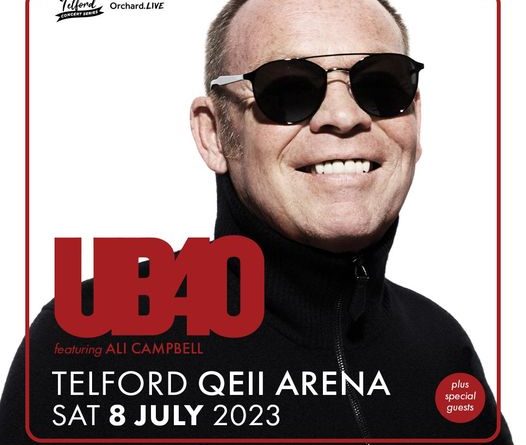 The Birmingham-based reggae band have announced they will headline the Saturday night of the Telford Concert Series on July 8th 2023.

To gain early access to tickets, fans can sign up for the exclusive promoter pre-sale here: https://mailchi.mp/orchardlive/ub40-presale

UB40 featuring Ali Campbell, the founding member and lead singer of UB40. Ali left the original band in 2008 citing management issues and was vindicated when said managers were struck off. Ali was then reunited with Astro when he left the original band in 2013. Ali and Astro took the world by storm, captivating audiences everywhere they went, releasing three new albums together reaching number 2
in the UK charts. Heartbreakingly, Astro passed away after a very short illness in November 2021 after they’d finished their incredible fourth album – Unprecedented.

Ali Campbell can still remember the first time he met Astro, a musician who would have a profound impact on him as a lifelong friend and bandmate. It was in Birmingham in the late 1970s, when the pair were in their teens and Astro was part of a crew of black skinheads who roamed the local neighbourhood in sheepskin coats, leaving Ali slightly in awe.

Astro, born Terence Wilson, got his nickname on account of his fondness for Dr. Martens boots emblazoned with the brand name Astronaut. When he joined up with singer and guitarist Campbell a few years later in the fledgling UB40, supplying additional vocals and playing trumpet and percussion, he added the final piece to a musical jigsaw that went on to conquer the charts and put British reggae on the world map.

“Astro’s death came as such a shock, and I’m still reeling from it,” says Ali. “This album is now more poignant and special than either of us could have imagined when we were recording it. Astro heartbreakingly passed just two weeks after we’d finished the final mixes, so this is a way of keeping his memory alive.”

Tickets go on sale at noon on 25th November at TicketsTelford.com – priced from £45.00 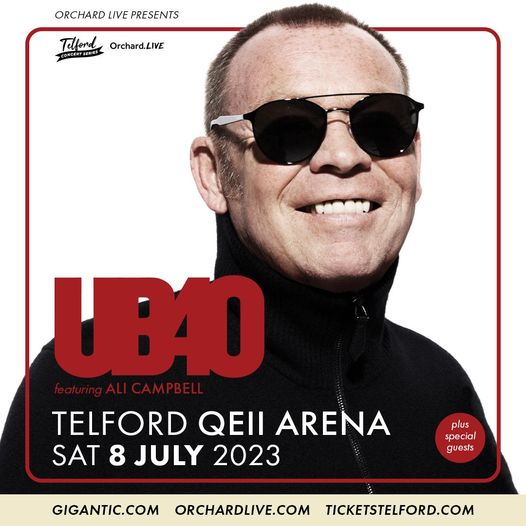