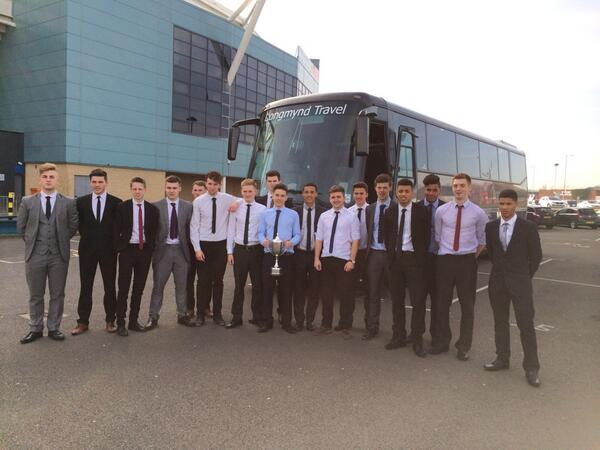 Out of 558 schools entered for the Under 18 English Schools FA Thomas Telford were once again crowned national champions after a nail biting penalty shoot out following a period of extra time.

We have our first national champions at the @RicohArena, congratulations to @tts_sport U18 Boys Schools Champs! pic.twitter.com/hsXjegrHnF

The match against Barking Abbey school took place today at the Ricoh Arena in Coventry, adding to the big match feel of the game.  The team from Telford @tts_sport tweeted pics of the ground, and the dressing room, which was set out like a premiership or international game, hitting home the importance of the fixture.

Inside the changing rooms before the big game! 10 minutes before kick off at the Ricoh. Stay tuned for live updates pic.twitter.com/tIPlAW2HeS

The two teams making their way out from the tunnel for the @SchoolsFootball U18 Boys National Final @RicohArena pic.twitter.com/B93wisxB8Z

A tweet from Kieran Buckley on scoring the winning penalty summed up the jubilation amongst the yr13 students at the Telford academy.