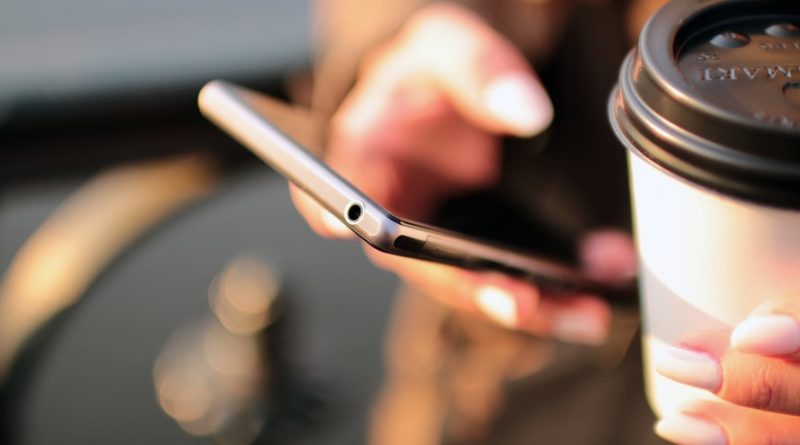 There was a time when going out for a meal was a special treat, a time to catch up with friends or family for a special occasion.  What prompted me to write this was my experience recently in a restaurant in Southwater, Telford.  A guest writer put the case for phoneless food.

We went as a group of 5 for a work colleague’s birthday, our group was made up of 4 females and 1 male with ages ranging from 20 to 60+ so we were a mixed group of different generations.  All of us have smartphones and had them with us but not one of our group took a phone out of their pocket.

As I looked around the room I was drawn to the table of 3 right in front of me consisting of a lady with 2 young children.  The lady was sat in the middle of the round table and the 2 children on each end.  Both children had tablets on the table looking at games and a TV channel, the lady was playing with her smartphone.  Not once did I hear a peep of conversation from the table, all totally engrossed in whatever they were focussed on looking at their device.  I pointed this out to our group and said “this is terrible, how are these children going to learn any social skills if this is the example they are set by the parent?”  The others agreed and this prompted a discussion about how things are changing.

We have always banned phones around the table at home and meal times are treated as a formal experience around the table but judging by the number of others doing the same thing in the restaurant that night it looks like this “old fashioned” value is diminishing rapidly.

Behind was a group of 3 younger people who were doing the same thing, glued to their screens and little interaction going on with each other and the same on the table next to them.

Then a family of 6 came in and sat on the table next to use.  This group consisted of parents in their late 40s, older child and 3 younger children aged around 10-12. This family were Asian and before the racism brigade start jumping up and down for me bringing this fact into the story, the reason is purely to draw a comparison with the others in the restaurant as I have always firmly believed that their culture holds much stronger family values than us Brits.

They sat down, the waitress bought the menu, there was a short discussion about what to eat then out came the phones, 2 adults both sat staring at their screens for a good 30 mins while the food was cooking, the older lad did the same thing but he was wearing earphones and glued to the screen so was oblivious to what was going on around him.  The 3 children, all boys sat there looking bored, they didn’t have phone to play with (a jolly good thing too as I considered they were too young to have one anyway) while the others sat silently ignoring them.  Then the mother decided to turn up the volume on her phone and started watching a video.  A glare from me prompted her to turn the volume down, I find this sort of behaviour VERY rude.
Looking around the room there was at least half of the tables which had people staring at their phone.

I can’t get my head around why somebody would wish to go out as a group then just sit there not having a conversation with the person or people they have come out with.

This is a serious social change which I’m not embracing.  What is the next generation going to be like if they’ve been bought up that this is acceptable?  A decline in family values and social skills will diminish rapidly if we don’t stop to think about what impact this might have in the future.

I wonder if there is a restaurant brave enough to make a stand and have an outright ban on mobiles while on the premises?  Would there be an outcry?  A petition to tell others not to use their facilities?  A new made up “ism?” My guess there would be.

I love my smartphone by the way but I do firmly believe there is a time and a place for them, and a restaurant in my opinion is definitely not one of them particularly if you are out as a family with young children.  Dinner time should be that, a time to enjoy the company of those you have chosen to dine with.

Come on parents, set an example!  You are the ones who will shape their future otherwise we will have future generations who have little or no social skills.

2 thoughts on “Time to Put the Phone Down”