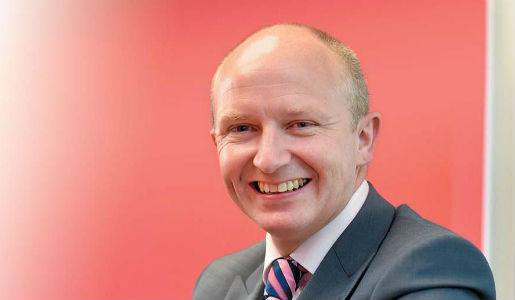 Local lad David, who grew up in Telford and began his career with the then Wrekin District Council, was chosen today as preferred candidate for the Chief Executive role by a panel of councillors. His appointment is subject to ratification by the Council at its meeting on 19 September.

He joins from Stoke-on-Trent City Council where he has held the equivalent City Director post for the last four years.
David was a director at Telford & Wrekin Council before he left to join the Stoke-on-Trent authority in early 2015, initially as Director of Place.

At Telford & Wrekin, he was the driving force behind Telford centre’s transformation through the £250 million private and public sector Southwater development.

Council leader Shaun Davies said: “We are delighted that David has chosen to rejoin us. He already has a proven track record of success here and is the right person to help drive forward our plans for the borough and Council for the next four years to protect, care and invest to create a better borough.
“The cross party panel were very clear that David is an excellent candidate. Subject to Full Council’s confirmation, we look forward to him starting work with us this winter. We all feel David can really help to push the borough further forward on a regional and national level.”

David will be paid an annual salary of £155,000, which includes payments for local returning officer duties.
He is expected to start in his new role during the winter. In the interim, Jonathan Rowe Director of Customer, Neighbourhood and Well-being services, will continue to be the Council’s Chief Operating Officer.