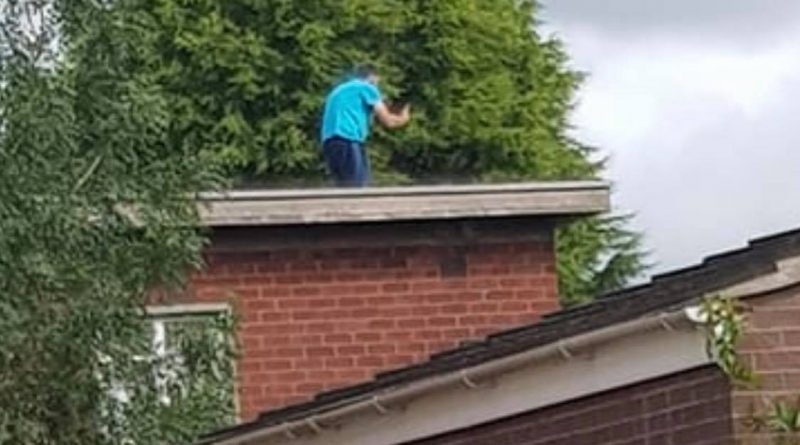 A man on a roof in James way Donnington, has finally come down after being up there nearly nine hours.

The man, named locally by a witness as Scott Fitzgerald, was on the flat roof of a house, surrounded by armed police, until around 6pm.

Scott Fitzgerald, 30, had previously escaped from Police in June, after climbing on the roof and making his getaway as darkness fell.

We are awaiting confirmation of details from West Mercia Police.