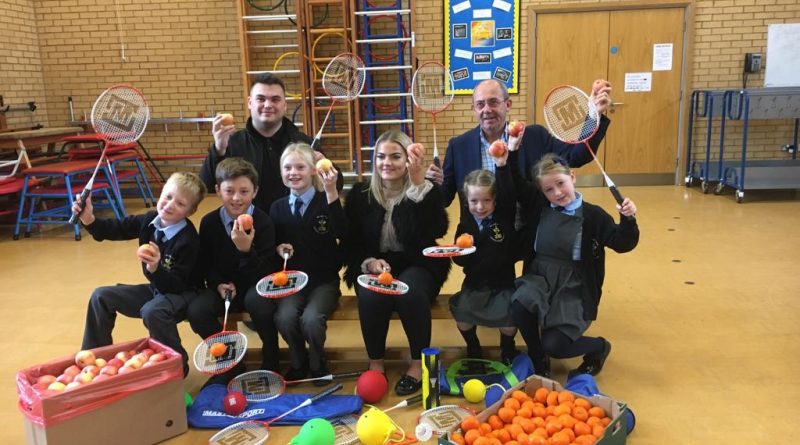 Pupils at a Shropshire primary school are over the moon to win a Newport Show competition after pipping entrants from across the area to the post.

Saints Peter and Paul Catholic Primary School in Newport has won a month’s supply of fresh fruit and £100 of sports equipment in the apple-bobbing competition, kindly sponsored by the Jupiter Group.

Children were invited to take part in the competition on show day – Saturday 13 July – in the Jupiter-sponsored Little Foodies Area at Chetwynd Deer Park. For every apple they scooped up they could put a token towards their school, with Saints Peter and Paul’s earning the most tokens.

The sports equipment has been presented to the school and the fruit has been delivered from September into October by the Newport-based Jupiter Group, one of the world’s leading fresh produce companies.

Sally Western, Newport Show manager, said: “It’s a delight to know the pupils from the school will benefit from and enjoy these competition prizes.

“A big thankyou to the Jupiter Group which has kindly sponsored the Little Foodies Area over the years and for generously providing the produce and sports equipment.”

Sally added that this competition was just one way schools were actively involved in the show from Burton Borough School running a robotics workshop in the Education Hub and its band in the Main Ring to Haberdashers’ Adams’ junior drama group performing at the Band Stand and Sheriffhales Primary School pupils dancing around the May Pole at the Village Green.

“In addition to show day, the Newport and District Agricultural Society, which runs the show, is delighted to support learning throughout the year, year-on-year, with initiatives such as our potato growing competition and Nature Days, Spring Explorers and Photography Workshops held at Chetwynd Deer Park,” she said.

“Promoting healthy eating on show day is important and apple-bobbing fun adds to the novelty of the children eating one of their five-a-day.

“We look forward to offering the opportunity for local schools to win fresh fruit and sports equipment at next year’s Newport Show too.”

Stacey Beale, Headteacher of Saints Peter and Paul Catholic Primary School said: "We were delighted to win the competition. The children are enjoying using their new sports equipment, which includes a long-jump mat and badminton rackets, and the fruit, which is great for helping them to get their five-a-day." 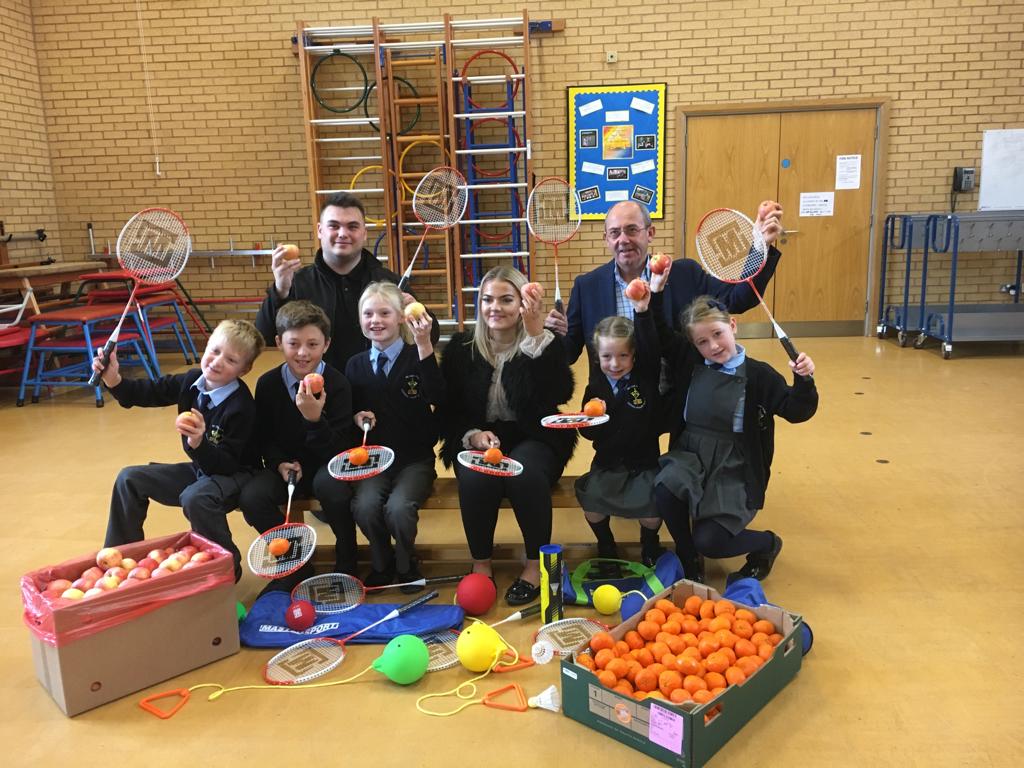