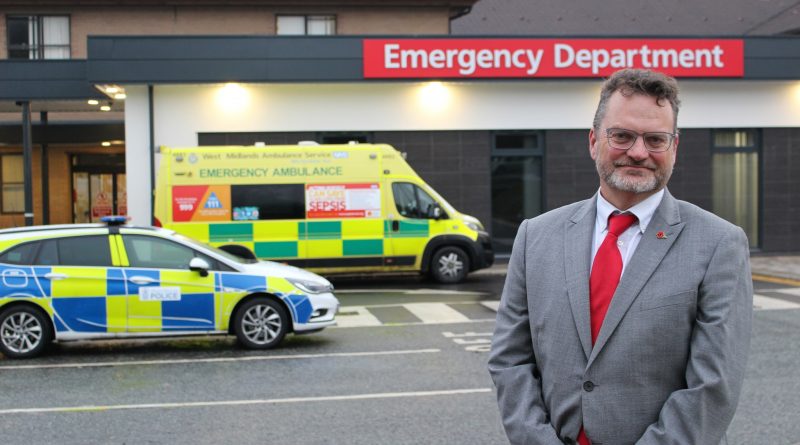 Dylan Harrison Selected to Contest The Wrekin for Labour

The Labour Party has selected Dylan Harrison as its Prospective Parliamentary Candidate for The Wrekin in the forthcoming general election.

Dylan, 51, who contested the seat at the 2017 election, is a social work team manager at Telford & Wrekin Council. He lives in Newport with his wife Joanna and sons Nick, 15, and Max, 12. His daughter Izzy, 18, is studying politics at Manchester University.

Speaking after the selection, Peter Bradley, Chair of the local Constituency Labour Party and former MP for The Wrekin, said:

“We’re delighted to have Dylan as our candidate again. As a local man who campaigns tirelessly for his community, he made a real connection with voters in 2017 and a significant dent in the Conservative majority. This time, we aim to go one better.

“Dylan would make a terrific MP. He’s down to earth and always available to local people. He understands the community’s priorities. That’s why for many years he’s been one of the most committed campaigners for our local hospital. Come 12 December, local people will know that a vote for Dylan is a vote for the PRH. That day can’t come soon enough.”

“I’m thrilled to be Labour’s candidate for The Wrekin. This my home. This is the place I care about. These are the people I want to represent.

“I’m really forward to running a positive campaign over the next few weeks and to meeting as many local people as possible across the constituency to discuss their concerns and their priorities.

“We’re fighting to win this seat and there’s no reason why we can’t.”