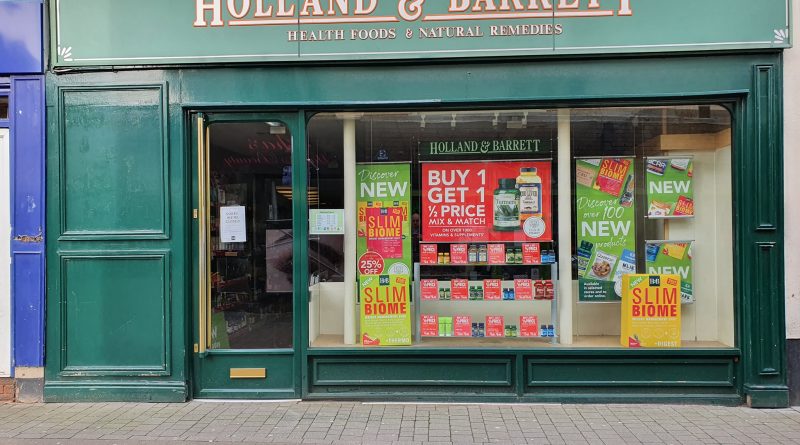 Holland & Barratt Store to close at the end of the month

With three stores in Telford, Holland & Barrett have been serving up health foods & supplements to more and more people, growing sales nationally by almost 5% over the Christmas period.

Sadly, the end is in sight for the Wellington store in New Street, which is closing the doors for the final time at the end of February.

The staff will be moving to the remaining branches so no jobs are going, and the Holland & Barrett inside Tescos at Wrekin Retail Park will be a short trip for fans of the brand.

For people who prefer shopping in Wellington, a huge range of pulses can be found in Wellington Express, Morrisons also has a large selection of healthy foods.

Consumers have complained about prices in Holland & Barrett stores, as the products became more mainstream and found their way into supermarkets, and the New Street store had been targeted by shoplifters during 2019 stealing the high-value protein powders. 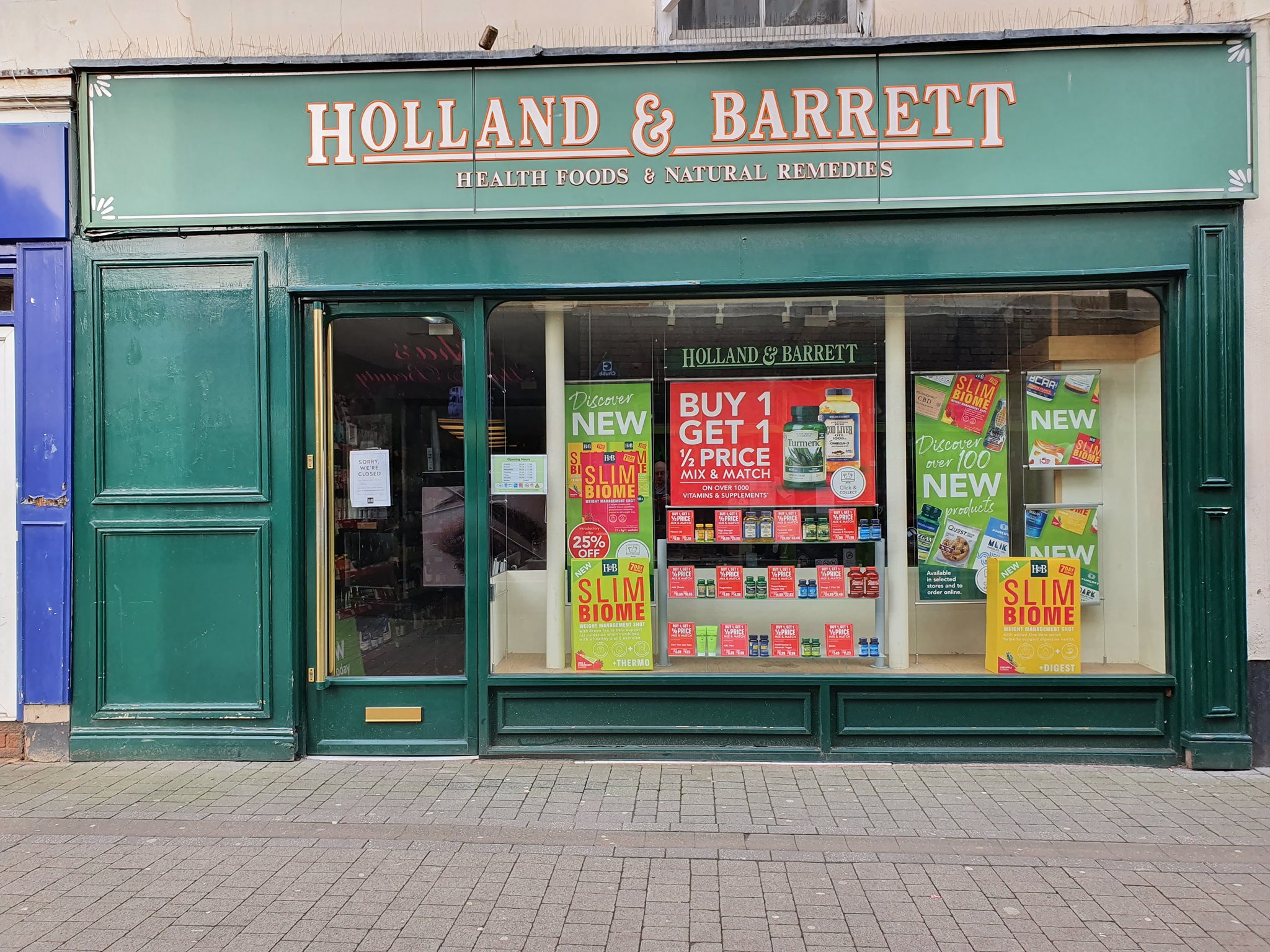