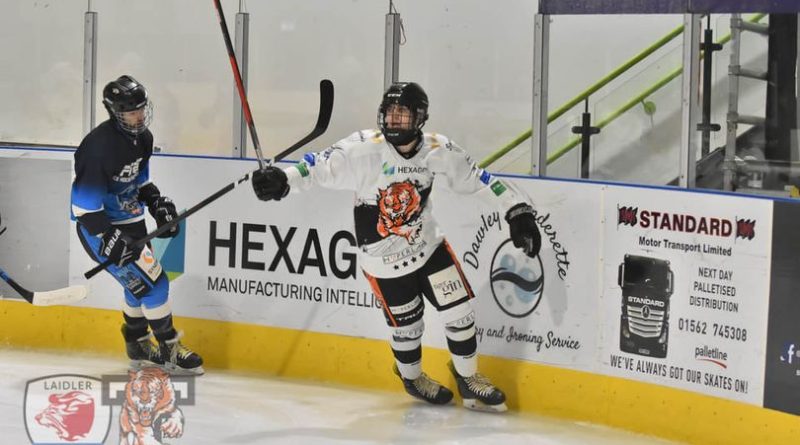 Hexagon Telford Tigers 2 firmly booked their place in the Laidler Cup semi-final after a 4-3 victory away in Coventry on Saturday night, taking the top spot as Cup group winners!

The Shropshire side played away to local rivals Coventry Blaze NIHL for their final fixture of the group stages of the NIHL Laidler cup. It was the hosts who took the lead early on in the first period when Daniel Mulcahy took advantage of Tigers’ first penalty of the game despite being short handed themselves.

Blaze managed to hold onto the one goal lead up until finding themselves on the end of a penalty kill which Tigers managed to capitalise on with Adam Materri netting the first goal of the game for the visitors, assisted by Jolly and Washburn. The one-goal a-piece game continued up until the end of the first period.

The puck dropped for the second period and it wasn’t until the half-way point of the game where there was some action! A five on three powerplay for Telford Tigers gave them not only a two-man advantage, but also a one goal advantage after defenceman Conor Gordon fired the puck into to top corner of the net after slick passes from Washburn and Jolly. The hosts were keen to find another goal and put the pressure on to find it which eventually they did with one second to spare at the end of the second period. The second period ended two goals each.

The puck dropped for the third and final period and it was the hosts who once again took the lead when Daniel Mulcahy netted his second goal of the game. Blaze attempted to pick up the pace for the final 15 minutes of the game but this was quickly dismissed when Tigers drew level with their third goal, scored by Dan Mitchell.

With just over half the period left to play, both teams pressed on to find the winning goal but the end to end game didn’t fall in either team’s favour to begin with and the final few minutes of the game ticking by, overtime was slowing looming…

Thanks to some smart set up play from Jets and Price, once again Dan Mitchell managed to guide the puck through the Blazes’ defence and slot the puck straight into the back of Benjamin Lee’s net. Tigers powered through the final five minutes of the game clinging onto the one goal lead.

The final buzzer sounded and Telford Tigers 2 took their fifth consecutive win as well as the group top spot for the Laidler Cup Midlands group with Tigers youngster Charlie Webb winning the man of the match award.

The result was once again cemented by another stand out performance from Tigers net minder Zack Brown who had 37 shots against him, boosting his net minding stats to 93.33%. 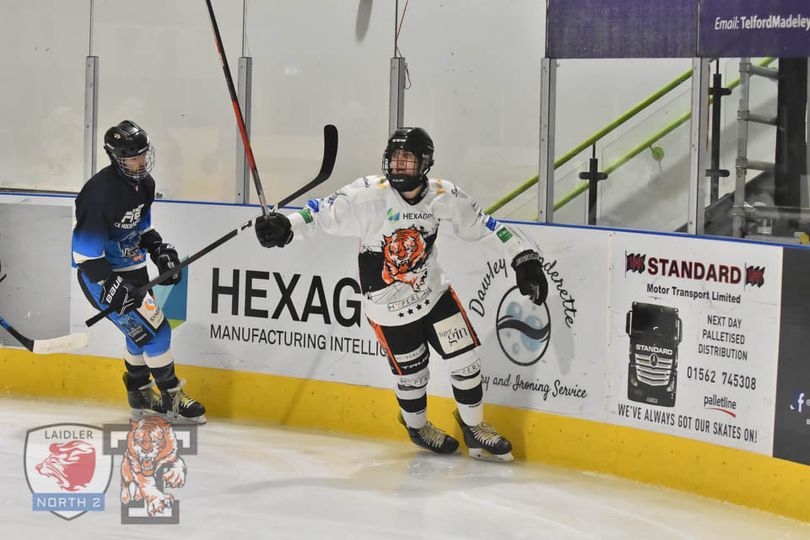