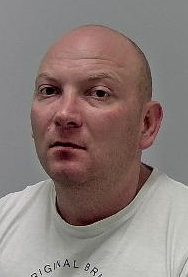 On 3 July 2021 Kurdziel attended Ketley Recreation Ground after being called by a friend who was being threatened by a group who had been drinking, including Wieczorkowski.

Kurdziel and another friend were stood behind a fence when Wieczorkowski approached them, smashed a glass bottle and stabbed Kurdziel in the neck. He suffered significant blood loss and died before he was taken to hospital.

Wieczorkowski left the area for Scotland, but he was eventually arrested in Handsworth, Birmingham, on 14 August. He was subsequently charged with murder, which he denied.

Detective Inspector Lee Holehouse said: “This was a totally unprovoked attack against an innocent young man who posed no threat.

“Hopefully this verdict and the sentence to come will help Dawid’s family to move on with their lives.

“We would like to thank the public for their help in our investigations.

“Work is always ongoing to prevent violent crime and bring those responsible for it to justice.

“We urge anyone with any concerns about violent crime to please get in touch. We review all reports we receive and by working together we can keep our communities safe.”

Wieczorkowski will be sentenced on Thursday 19 May.