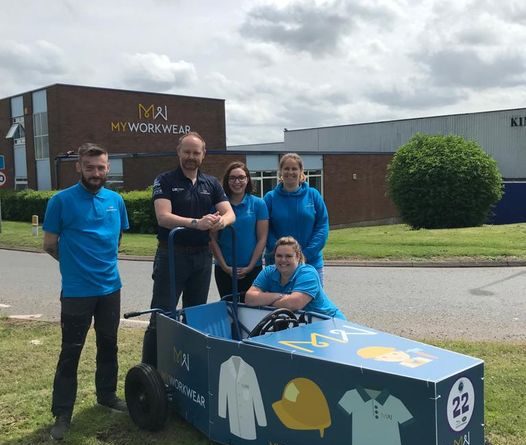 The team at Workwear has today confirmed their team and released images of their soapbox in advance of the Krazy Races, which is taking place at the Quarry in Shrewsbury on 29th May. They also announced their pledge to help fight dementia by fundraising at the event for their nominated charity, Race Against Dementia.

The business, which sponsors the University of Wolverhampton Racing team and Shropshire F1 in Schools, works closely with the automotive industry and includes McLaren and Silverstone Race Course in their extensive list of customers. So, when they were introduced to the Krazy Races event earlier in the year, they knew it was something they were keen to support in 2022.

The MyWorkwear ‘Krazy’ team has been announced as James Worthington, Managing Director, Liz Goulden, Holly Thatcher, Lauren Melville and driver Jack Haywood, who will be donning an unusual outfit for the actual race.

MyWorkwear will be raising money for Race Against Dementia (RAD), the charity that was founded by three-time Formula 1® world champion Sir Jackie Stewart OBE, in response to his wife, Helen’s, dementia diagnosis. Over 50 million people worldwide have dementia today with a new person diagnosed every three seconds and RAD aims to drive results in dementia research.

James Worthington, Managing Director of MyWorkwear, said: “I am personally a motorsport fanatic and am keen on anything with 4 wheels, even a soapbox! We are extremely excited for the race and have a large team of supporters who will be coming along to the even to represent MyWorkwear“.

“Having been based in Shropshire for nearly 50 years, it’s always great to be involved in a local event such as the Krazy Races. We’re hoping the day will be lots of fun but will also raise some much-needed funds for Race Against Dementia and their research into this terrible disease.”

To find out more about Race Against Dementia or to donate please go to raceagainstdementia.com or follow @racingdementia. 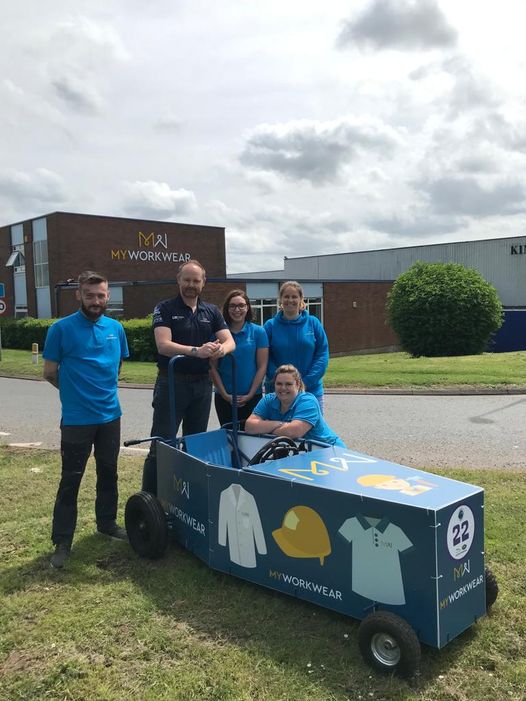