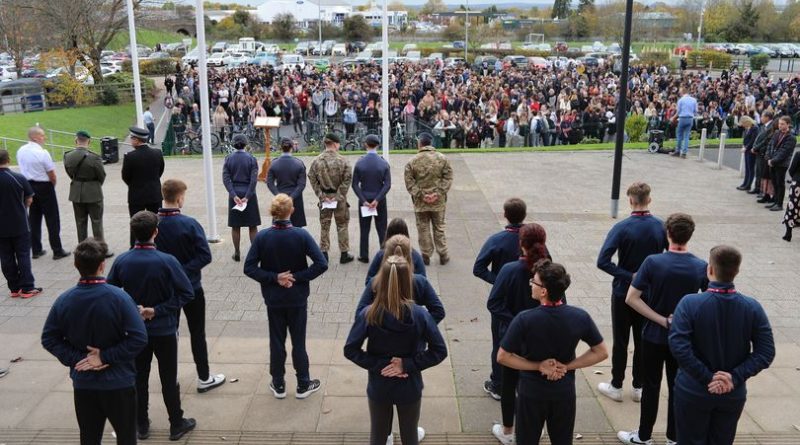 College gathers together to remember

More than 1,000 students and staff from Telford College took part in the annual remembrance parade and commemoration today, to honour the service and sacrifice of all those that have defended our freedoms.

The Armistice Day service was held outside the college’s Haybridge campus in Wellington, on the 11th hour of the 11th day of the 11th month.

It included a recital of the poignant poem which he originally wrote for the Armistice centenary, called Remember Me.

Bob said: “It seems a beautiful and appropriate place at which to recite the poem that I used to narrate when I had the privilege and pleasure of working at Telford College and being with you on this annual occasion.”

The college joined people across the county who marked the day when the allies signed a ceasefire agreement with Germany at Compiégne, France, at 11am on November 11, 1918, bringing World War I to a close.

A two-minute silence was observed across the college at 11am to show respect for those who lost their lives during the war – giving their tomorrows for our todays. 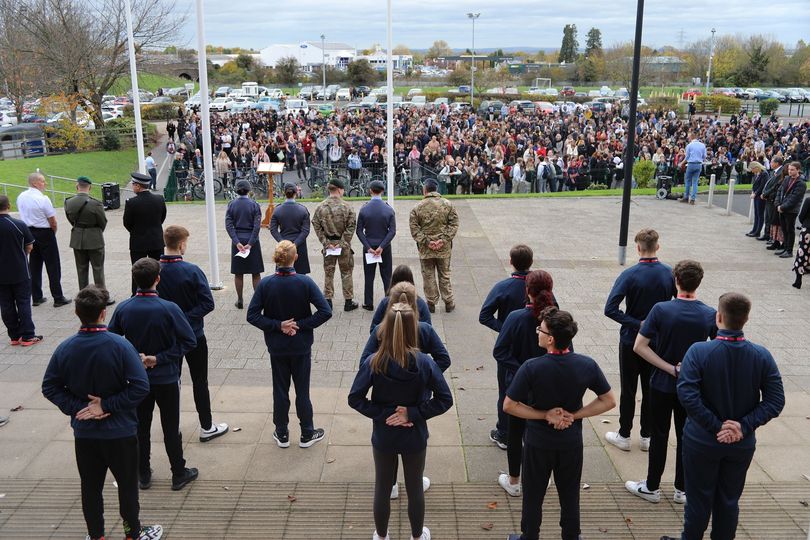 7 thoughts on “College gathers together to remember”