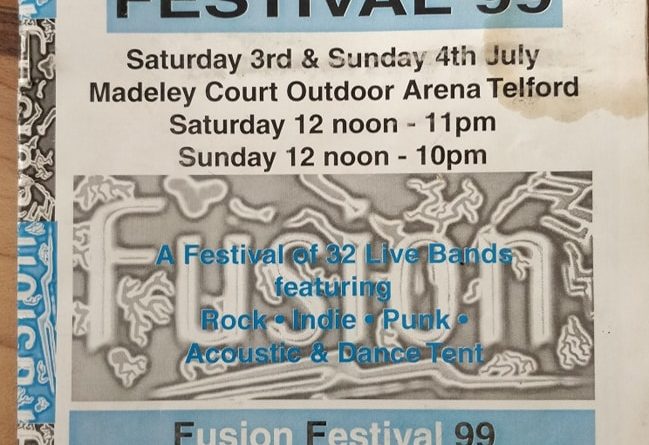 1999 doesn’t feel like long enough ago for a nostalgia post, but these days, a month is long time in politics & twitter so cast your mind back 23 years, and the music scene in Telford.

The cover of this 1999 Vintage Fusion Festival. Look what has gone in those 23 years. Madeley Court for starters, and #Telford FM. Let’s look inside…

The programme was created by James Gough, at the time a Yr 10 student at Madeley Court. What you up to now, James? Jean Hartshone & Brian Jolly?

Let’s move onto the Bands, and there is at least one Performer who is still gigging today. On this page Lucas from #Darlington Brodie from #Telford Jubilee from #London and the crazy Merocane from ANOTHER PLANET by the sounds of it. David Bleakman, where are you?

Highway Jones and Sugarbush from #Telford, The Percys and folksy Union Mill. Madeley Music Project had such a big influence on bands around the 20 years from 1980-00.

Man Bites Dog from Adams Grammar in Newport, #Telford – The Commemorative Plate with Brooky the drummer – David Rogers – and Maevella from Liverpool. I tracked down a track from Maevella – hear it here: m.soundcloud.com/malwilliams01

In this part we have Oracle, Gold Newt and Nexus VI (pictured outside Madeley Music Project unless I am mistaken). Alex Abbecasis – remember this?

God’s Dog from #Wolverhampton (that number is not taking bookings for them) Blade with Laurence Gale and Gary Sewell who are still gigging! platinum-needles.co.uk/blade/blade.ht… Also featured are London Road with Fiona Whitelaw who may have auditioned for Big Brother.

Here we have 10-strong Project 1, Mad About Nothing, Qube from the North East, and Rogue Soul from #MiltonKeynes – amazing that this could be organised in Madeley back in ’99.

There is a very familiar name on here, but the face is not so recognisable! Juliet Falls from Newport, and The Stutter Kicks, but take a look at The House of Alice line up! It’s only Paul Parker from @ATRFriends and still gigging today.

Comatose from #Sunderland still have a live website that mentions this gig angelfire.com/band/comatose/… Malice in Wonderland from #Shropshire and Bad Lizard Club from London who have a couple of tunes on YT youtu.be/YdHEqC_0CVA

Last of the line up Sonic State who went on to play the Haygate a number of times, Stone Fish and Booyaka, one of their CDs is currently on Ebay ebay.co.uk/itm/1341775800

Let’s finish up with back cover. The line ups and right at the bottom, printed by Madeley Community Printshop.

Thanks for keeping this and sharing it, Peter Hawkins. 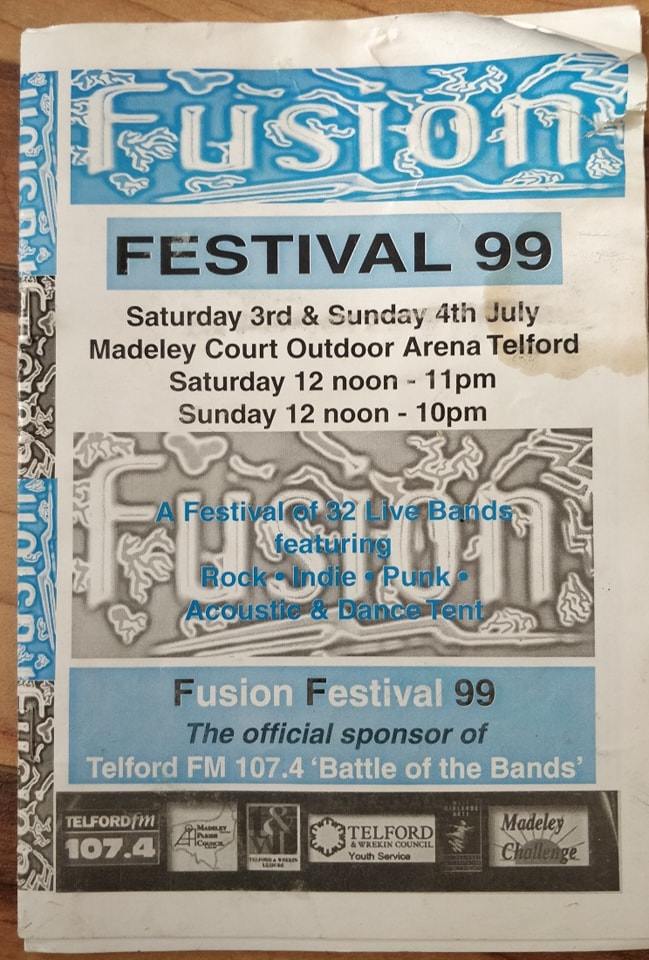 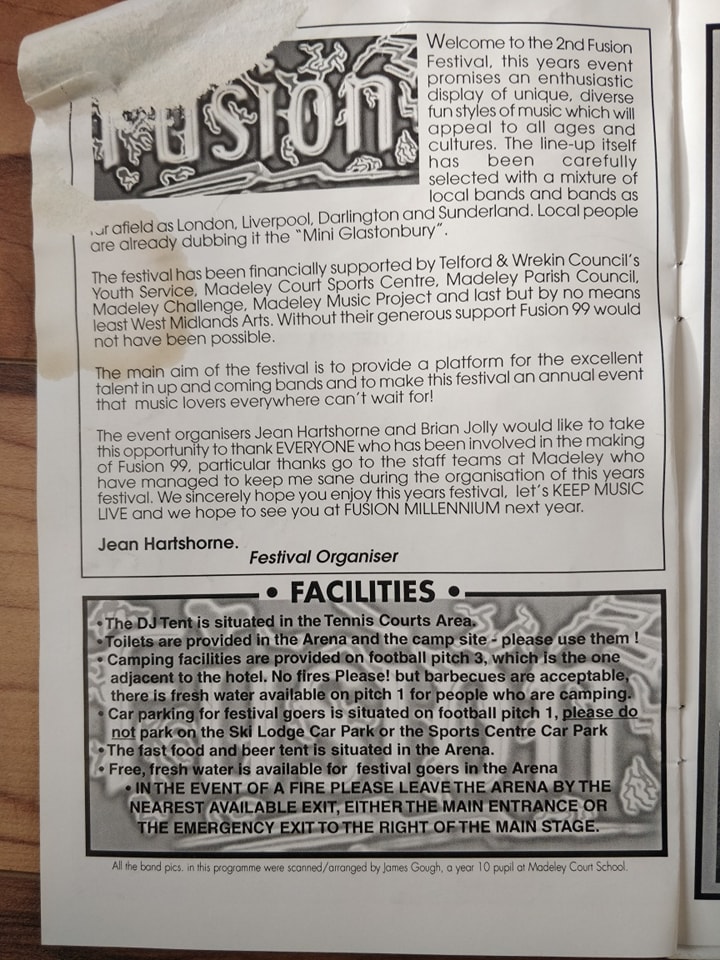 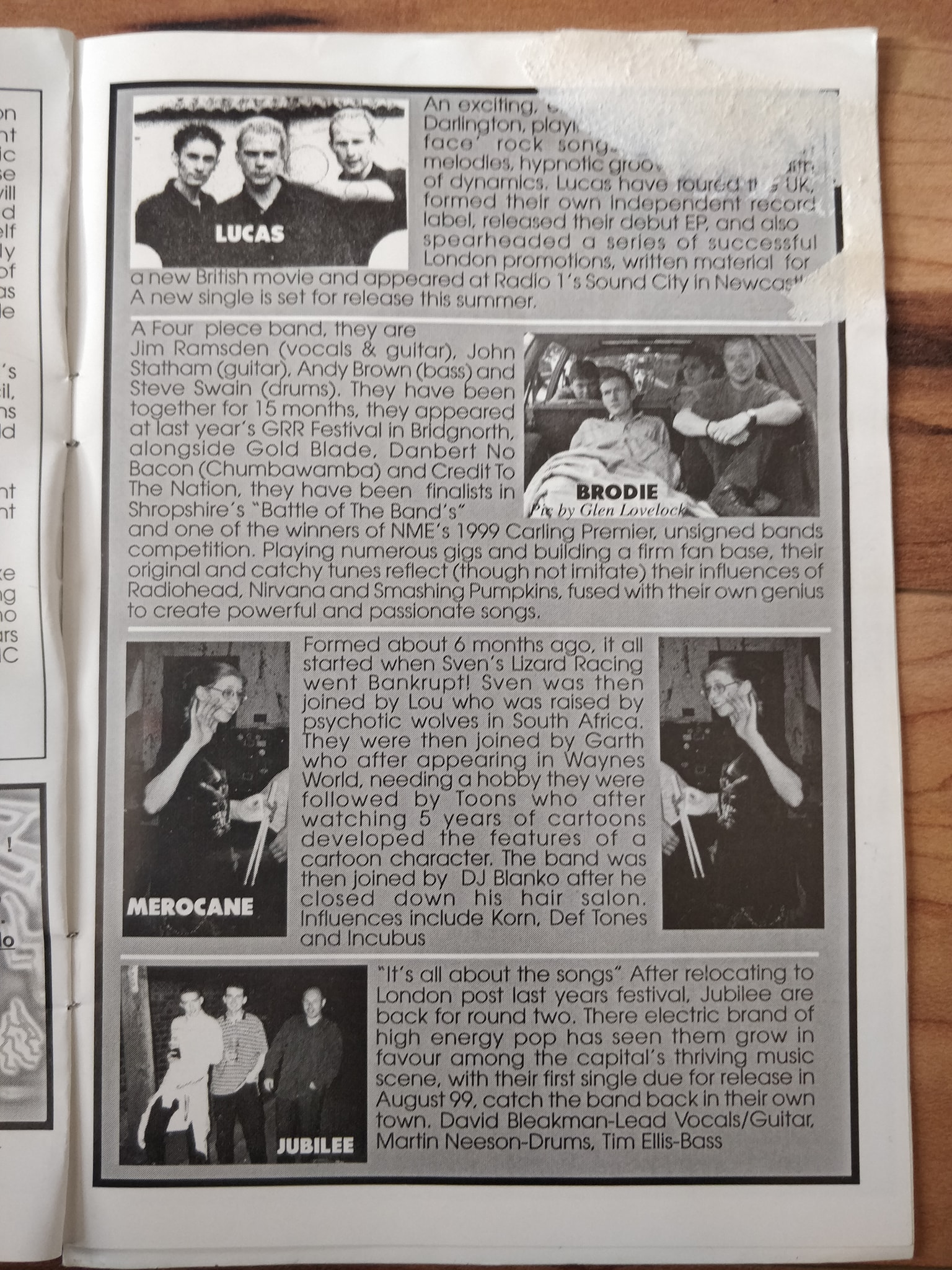 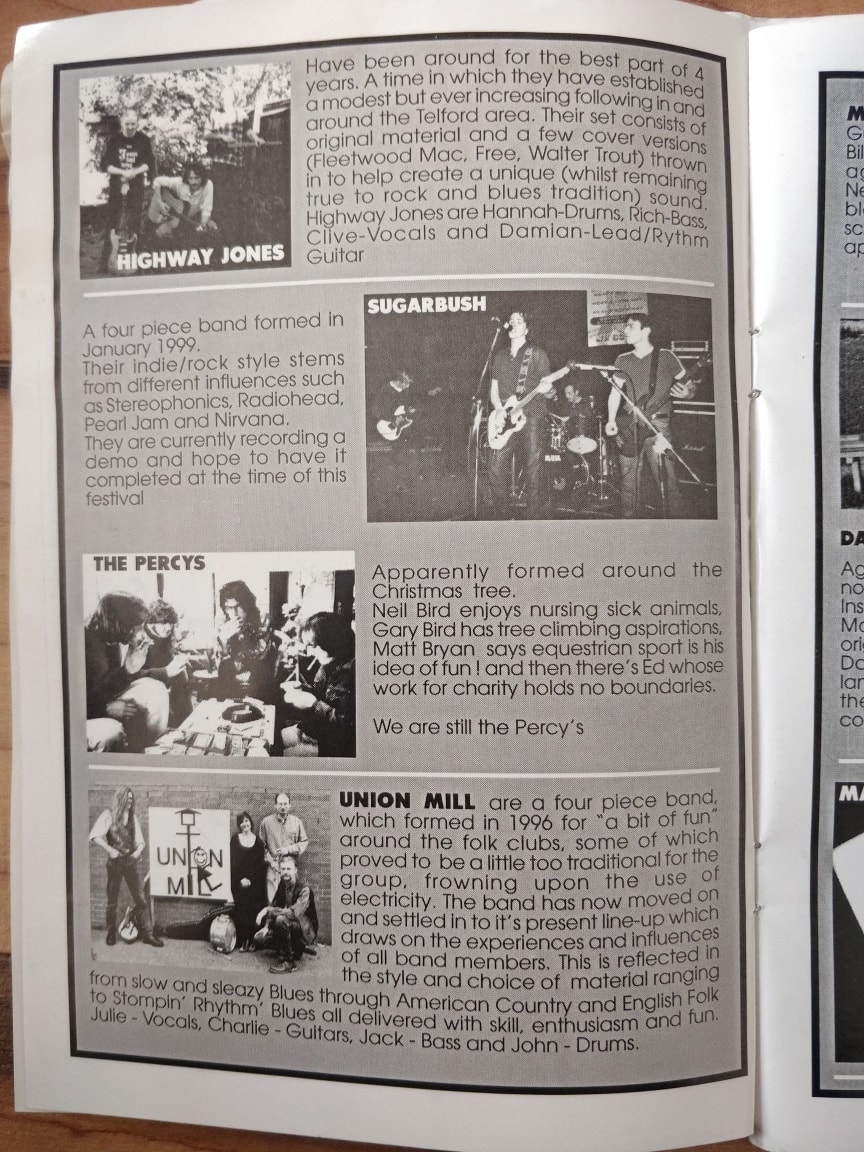 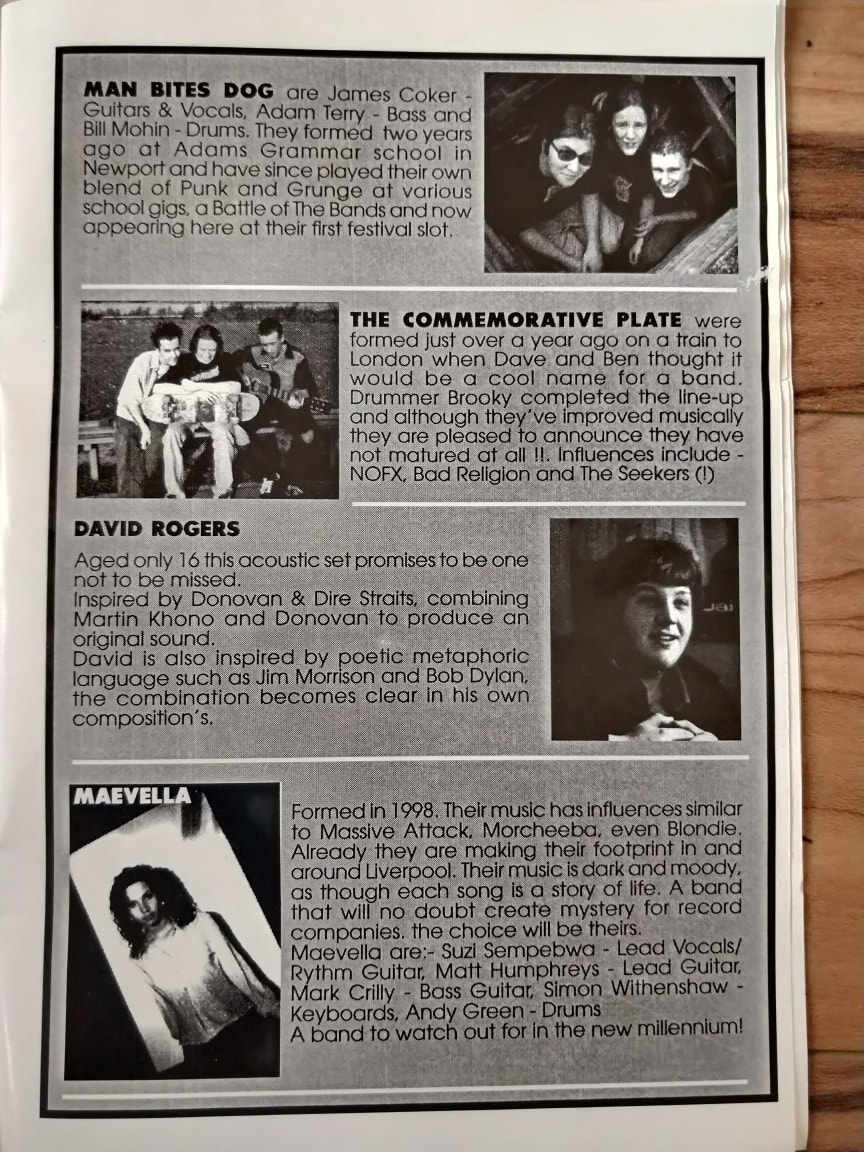 11 thoughts on “Fusion Festival 99 in Madeley”