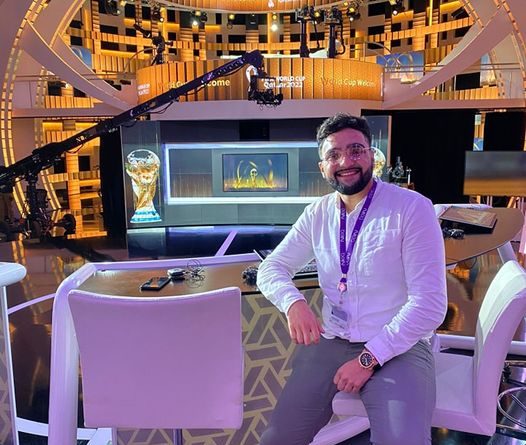 Former Telford College student Saqib Uddin will be working on the FIFA World Cup in Qatar for one of the world’s big sports broadcasters.

Saqib completed a level three extended diploma in media at Telford College before graduating with a first class honours degree in sports journalism from Staffordshire University in 2019.
After interviewing some of the world’s biggest boxing names such as Amir Khan, Ricky Hatton, Chris Eubank and more on the world’s biggest Youtube boxing channel, Fight Hub TV, he secured what he described as his ‘dream job in TV’ fresh out of university as a junior assistant producer for BT Sport.

Now, aged 24, the former Charlton School student is an assistant producer for beIN Sports, based in Qatar, which is the World Cup’s host broadcaster.

“I will be working on the World Cup in Doha for the English channel which I joined in March on a permanent position as an assistant producer,” said Saqib.

“As well as the World Cup I also work on every football competition in the UK including the Premier League, FA Cup, League Cup, EFL, Champions League and Europa League.”

Saqib, who was at Telford College from 2014 to 2016, said: “The last few years have been pretty surreal.

“I worked hard on specialising within different areas of broadcasting and digital, to create a multimedia portfolio showcasing my talents.

“During my time with BT Sport I got to work on studio and outside broadcast live productions across the Champions League, FA Cup, Premier League, National League, Women’s Super League, plus speedway, boxing, and BT Sport Score.

“I planned and produced montages, features and documentaries, as well as producing and directing shoots for pre-recorded programmes and features for live shows.”

Saqib has worked on some of the world’s biggest sporting events for both BT Sport and beIN Sports – on live and recorded productions – and says it is his dream to now be working on ‘the greatest show on earth’.

“So far in my career since graduating in 2019 I have experienced some of the best memories and experiences ever working on three Champions League finals, two FA Cup Finals, the 2022 Women’s Euros final and massive boxing productions Including Fury v Wilder, Dubois v Joyce, Canelo v Plant and many more.

“I am truly humbled – words cannot describe the excitement of having the opportunity to work on the World Cup.

“If someone had told me I would have experienced this much at this stage of my career I would not have believed them.” 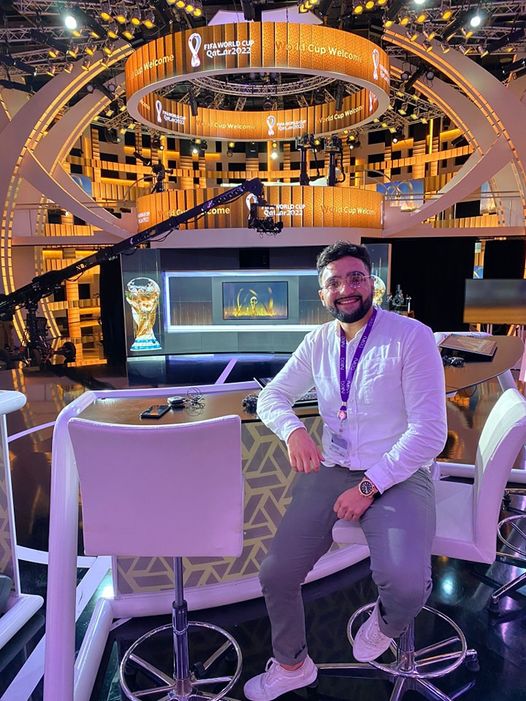