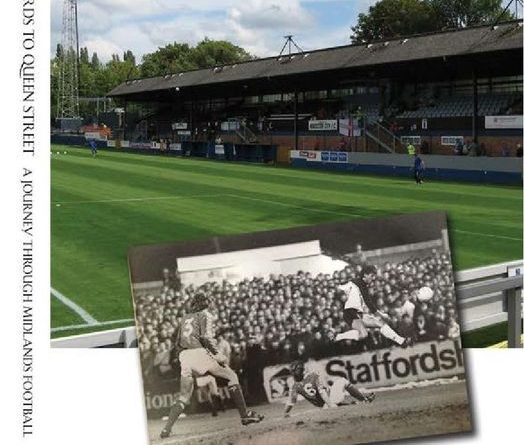 ‘Give My Regards to Queen Street’ by Steve Field, a journalist and Telford fan, wrote the book 20 years ago, but was inspired to republish for the Severn Hospice charity following the death of local club icon, Lez Dean, who many will know as Benny the Buck.

“Back in 1993 – becoming disillusioned with the professional game and particularly all-seater stadia – I passed up my West Brom season ticket and instead began discovering the hidden world of local football. This long journey culminated last year with a project to watch games at 30-odd small Midlands grounds and write down what happened.

“Having supported Telford for twenty years I was no stranger to non-League. But other teams represented unknown territory; it seemed their history had never been comprehensively set out for the benefit of travellers, and this felt a story worth telling.

Many people deserve credit that things have come so far, not least Meuryn Hughes at Aureus Publishing. Meuryn – having gambled on an unknown author – sadly became seriously ill as publication approached. But the book owed much to him and his enthusiastic reception of my initial synopsis. “I don’t know much about non-League football”, he wrote. “But I’m fed up with the moneybags Premiership and I think a lot of others are too.”

“There’s fun too. My wife Jean and I regularly got lost in a M-reg Peugeot that notched its 200,000th mile somewhere between Aggborough and Amos Lane, Wednesfield (the poor old car finally expired shortly afterwards). There are numerous comedy goalkeepers, one man-sized deer in football strip and the most obscene team talk ever. But – most importantly – this book features hundreds of humorous, kind and dedicated people who were keeping football alive while making very little fuss about it.”

Buy at Amazon:
Give My Regards to Queen Street: A Journey Through Midlands Football https://www.amazon.co.uk/dp/B0B44YL4LS/

More about the book: https://jimmysirrelslovechild.co.uk/queen-street 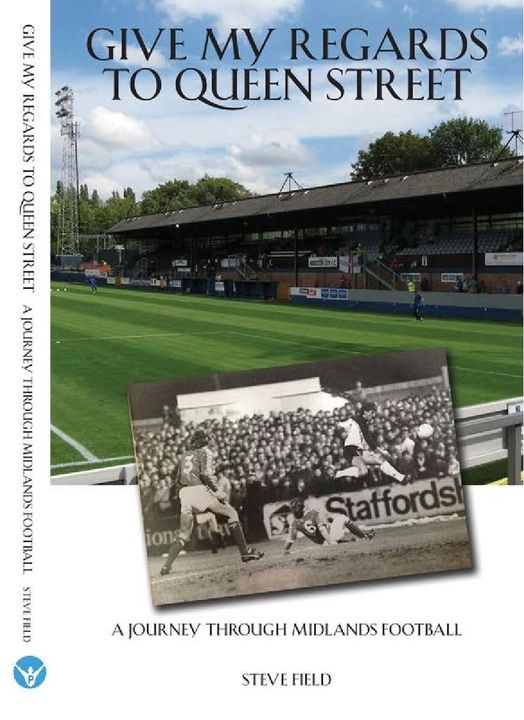